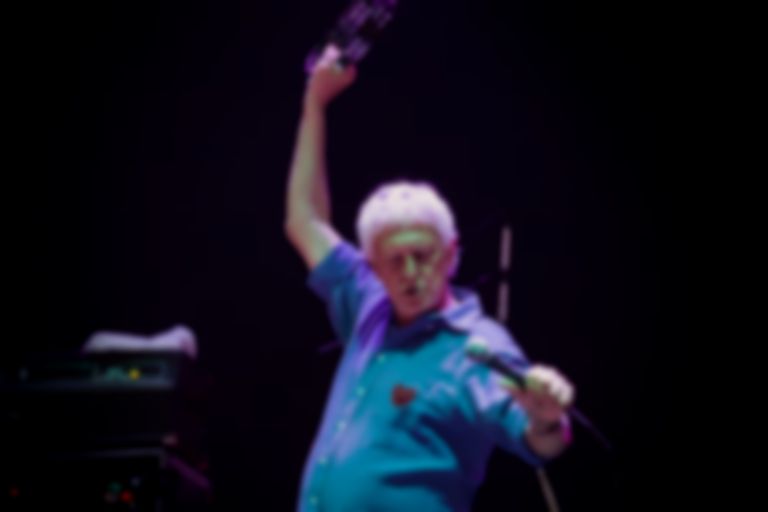 Guided By Voices have confirmed their second LP of the year, Mirrored Aztec, alongside announcing a livestream show where they'll perform new songs.

The group's 30th album is previewed by lead single "Haircut Sphinx", their first outing since their February album Surrender Your Poppy Field.

Lead vocalist Robert Pollard told Rolling Stone of their second album of the year, "This is an upbeat, bright pop album (it’s still weird) that is important because it marks Guided By Voices’ 30th album."

Alongside announcing Mirrored Aztec, Guided By Voices have confirmed details of a livestream show happening on 17 July. They'll perform in an empty venue situated in Dayton, Ohio, which is the hometown of lead vocalist Robert Pollard. The show will allow the band to test out the songs from their forthcoming album.

Fans will be able to access the show online by buying a ticket ($20 in advance, $25 on the day of the show), and Guided By Voices will be donating 20% of ticket sales to various music venues the band have played to help keep the spaces afloat during COVID-19. Pollard says, "It will be like a sporting event without the crowd. Maybe it’s not quite the same thrill as having a crowd but it’s the next best thing."

Back in May, Guided By Voices launched their new subscription service HOT FREAKS, which gives fans access to exclusive content including never-before-heard tracks, demos, live concert recordings and more.

"Haircut Sphinx" is available to stream on YouTube now. Guided By Voices' Mirrored Aztec album is due for release on 25 August. Their livestream show starts at 5pm EST (10pm BST) on 17 July.