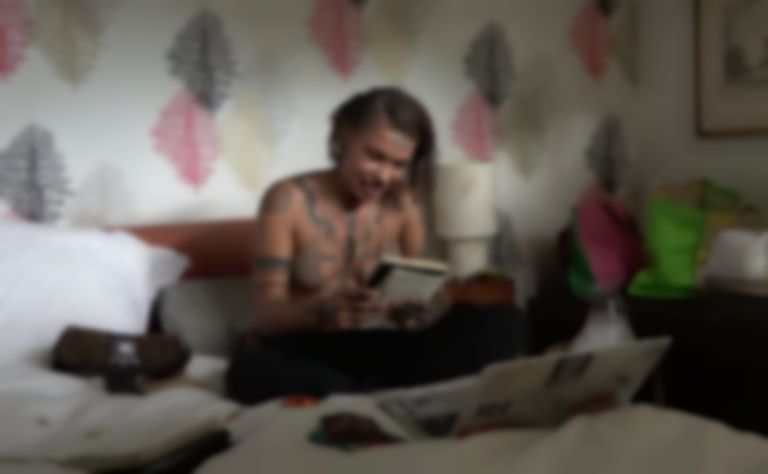 Following the release of Greentea Peng's debut album Man Made earlier this month, she's shared a documentary that gives fans a look at the creative process and journey behind the album.

SENGSATION - A PRODUCT MAN MADE is a short documentary directed by frequent collaborator Melody Maker and features footage from the recording of Greentea Peng's debut album Man Made, which was released earlier this month.

The 13-minute documentary sees Greentea Peng recording and discussing the album from a house in the forest which they turned into a studio.

Greentea Peng writes of the film on Instagram, "A little documentary of the making of my debut album MAN MADE is out now on YT if you fancy taking a deeper look into my adhd, off centre self and the creation process/ journey that has bought me here... and into your peripheral/speakers; leading me (and ze boyz) to create this body of- ULTRA sonic, very personal- work. See how we turned my mates mystikal yard in the forest into a studio. A sneak peak into our sweaty bee hive. Featuring my SENG SENG FAMILY and some very special guests! The experience was too beautiful not to document and I thank God for the opportunity. It was one of the happiest yet saddest times of my life. Anyway I hope you enjoy!! Excuse my half naked, sweaty, emotional self it was HOTTT and BIG UP my girl Melody Maker for helping me delve inwards at such a stiff time and for capturing and creating this."

Greentea Peng's debut album Man Made and SENGSATION - A PRODUCT MAN MADE documentary are both out now.