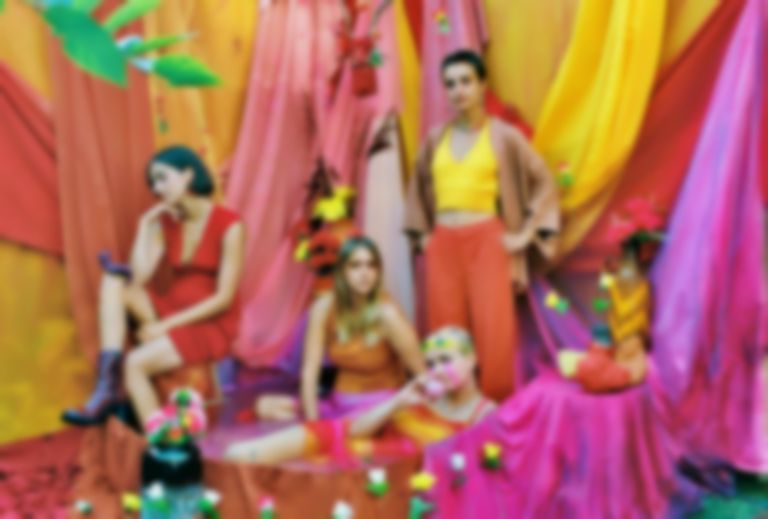 Goat Girl have shared new single "Badibaba" as their first release of 2021, which also serves as the third preview of their forthcoming second album On All Fours.

"Badibaba" marks the group's third track to be shared from On All Fours, following last year's "The Crack" and "Sad Cowboy" singles.

Guitarist and vocalist L.E.D. says of the song, ""Badibaba" is a song about environmental catastrophe and the pessimism and self-destruction that this causes to the human spirit." Lead vocalist Lottie Cream adds, "It touches on how the earth’s existence is controlled by exploitative systems, and the feeling of existential helplessness this induces."

"Badibaba" is out now. Goat Girl's On All Fours album will be released via Rough Trade Records on 29 January 2021, and is available to pre-order now. They're due to play London's Islington Assembly Hall on 15 September. Tickets go on general sale Thursday (21 January) at 10am GMT.