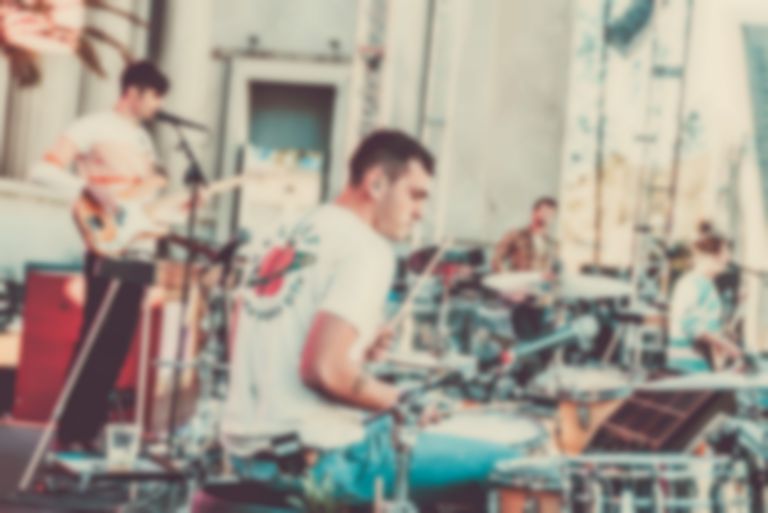 Glass Animals have shared an image of drummer Joe Seaward standing after being seriously injured in a collision that knocked him off his bike in Dublin.

A few weeks ago Glass Animals had to withdraw from their scheduled tour dates as their drummer Joe Seaward was hospitalised after a serious collision that knocked him from his bike.

Having stated that "It's going to be a long, difficult, and winding road", today the band has shared an Instagram snap of their drummer standing with the help of crutches.

Despite the situation, the photo is all smiles as Glass Animals' caption exclaims, "our little chicken is standing! slightly wonky...but not for long."

The truck collision had left Seaward with a "complex fracture" in his skull, but the group state that Seaward's "speech is coming back fast now too."

our little chicken is standing! slightly wonky...but not for long. speech is coming back fast now too. got a wicked team of doctors and nurses and physiotherapists making sure his rehab goes super well. so happy. thank all you good people again for the constant kindness. x

Glass Animals' most recent record was 2016's Mercury Prize-nominated How To Be A Human Being, which featured the huge singles "Youth", "Life Itself" and the contagious "Cane Shuga".

Since their release the Oxford indie-pop quartet have been on a whirlwind world tour, which we managed to catch a glimpse of when Glass Animals were Backstage with Best Fit.