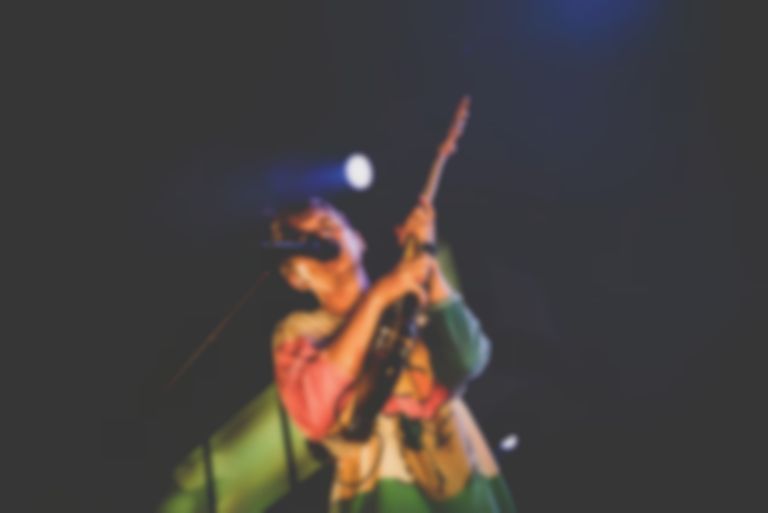 The track is the third single from second LP How To Be A Human Being.

“Dave [Bayley, Glass Animals frontman] reached out and expressed how he would love to take the character he created for the single (S2E3) and place her in a video game environment," says director Whoopi. "With that info, I pulled different video game references from our childhoods to implement in the music video. I grabbed references from different video games from the late '80s and early '90s. With that, I was able to create a music video that was new, fun and fresh with a hint of nostalgia."

As well as the video, Whoopi's helmed an "interactive video game app", due out later this month. Whoopi explains: "I wanted to be able to give fans of Glass Animals a chance to go beyond the music video with a mobile app that allows them to play the music video as a video game from their phones and browsers. The music video is already pulled from all types of retro games, so it’s only right to make it interactive by putting the control of the video into the hand of the fans.”

Speaking to Best Fit about the album, Bayley told us how he got the idea for "Season 2 Episode 3":

"Everyone knows someone who spends way too much time sitting on their arse watching TV and eating crisps. Doing absolutely nothing. Polishing their butt in the groove of the sofa. I had a housemate like that for a while, and when he'd finally stand up from the sofa there was a proper, visible dent where his body would go. We'd find crisps, bits of cake, and pieces of chicken... no one else would sit there.

"It's about someone not caring about their life so much that they left everything go. It all falls apart. The narrator is watching their partner decompose and become this super slob; the narrator is saying they've had enough, and the lazy partner doesn't care."

As well as the new video/game, Glass Animals have detailed a run of spring 2017 shows in the UK - their impending headline tour is already totally sold out. Tickets for the March shows will be on sale 14 October.

How To Be A Human Being is out now via Caroline/Wolf Tone.