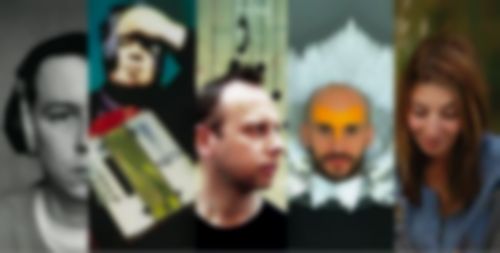 As long as the phrase “sound art” doesn’t send you scurrying for the refuge of your nearest unreconstructed vinyl-only Billy Childish LP, you’ll probably be interested in the Soundwaves Festival, set to take place at various Brighton venues from Thu 14 to Sun 17 July.

Described somewhat improbably as “a world which is created when artists begin to work without constraints when experimentation becomes the norm for both audience and artist alike”, Soundwaves brings together leftfield electronic musicians, choreographers, film-makers and other creative types to sally forth into uncharted artistic pastures.

Opening the festival is Planet Mu alumnus and Polar Bear member Leafcutter John (in a new collaboration with dancer Lucia Tong), and Soundwaves also features a super-rare appearance by Pere Ubu frontman David Thomas on the Saturday, and enjoy new material from the likes of Warp signing Mira Calix as part of Sunday’s headphone-based interactive film screenings and installations.

A closer scan of the line-up reveals “Weimar disco” oddities The NKR in cahoots with local experimentalist Andre Borges (not the footballer) “triggering sounds with his heartbeat”, and Elizabeth ‘Gazelle Twin’ Walling, for whom “art and pop practically come from the same place”, which explains her place on the bill.

There’s also an appearance by Scanner aka Robin Rimbaud, who has hook-ups with Derek Jarman, Bryan Ferry and Wire’s Colin Newman under his belt and has a long history of making innovative use of found sounds and boundless imagination, to electrifying effect.

For full details visit Soundwaves-festival.org.uk, follow the festival at @swfbrighton or, y’know, ask around. Earlybird £20 weekend tickets and £8 evening passes are available but you’d best be quick.