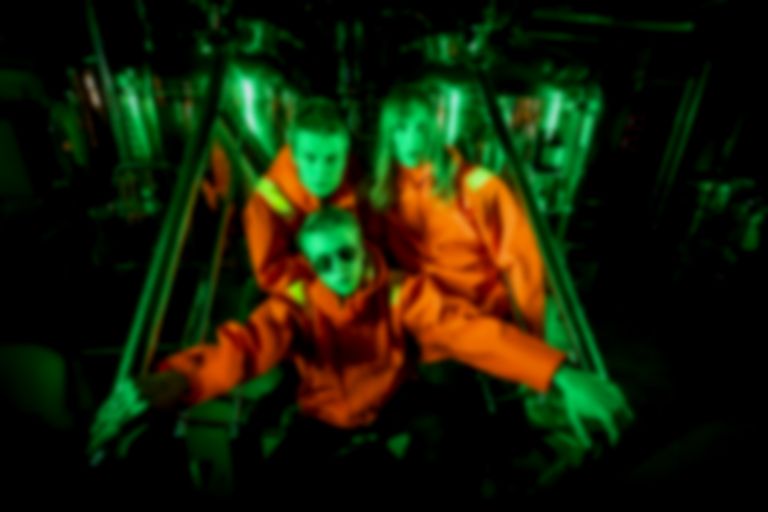 Icelandic three-piece Fufanu return with a new track and video, "One Too Many", and announce their third album The Dialogue Series.

"One Too Many" is a brilliant electro-punk offering that is elaborated with the slow-motion, rotating visuals that see a drummer performing a solo to a dancing room of people.

Their forthcoming album The Dialogue Series will be a project put together from their Dialogue trilogy of EP's, two of which arrived earlier this year.

Lead vocalist Kaktus Einarsson comments, “What is great about the creative workflow of Fufanu is that we’ve never just stopped. We’ve never hit a sound that we’re going to stick with, it has always been about discovering what it is we want to make during each moment, and to just keep on exploring."

On their website, the band explain more about the series, stating each one is "an exercise in exploring our multiple sonic personalities, from motorik and post-punk to alt-techno, to woozy avant-garde electronica."

The third part of the trilogy, Dialogue-iii, will be unveiled alongside the release of the album.

Fufanu's forthcoming album will be their first since 2017's Sports. Revisit Best Fit's Track By Track with Fufanu.

"One Too Many" is out now. Fufanu's The Dialogue Series album arrives on 19 October via One Little Indian. Fufanu perform at London's The Pickle Factory on 16 October. Find out more.