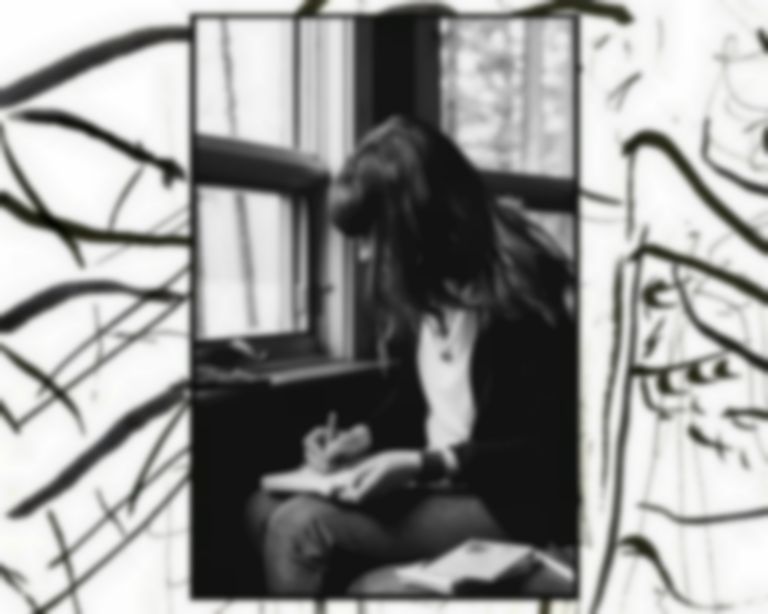 After releasing her debut solo album Likewise under her own name in January, Hop Along's Frances Quinlan has shared a three-song EP called more songs from 2005.

To celebrate the 15th anniversary of her debut solo album as Hop Along, Queen Ansleis, Quinlan has made that LP (freshman year) available on all streaming platforms, and has released more songs from 2005.

Quinlan recorded and produced the majority of tracks from her debut LP and EP from her parents’ basement in the rural suburbs of Pennsylvania.

The musician says of the album and EP, "I must have been pretty hard to be around that summer. To be fair, I’ve had moments where I’ve broken down during every single record I or my band has made. Back then I somehow took myself even more seriously. I would come up from the basement frantic, in tears. I was 19 and trying to make the album that would transform my life, make me famous. I just barely finished it in time and then rushed to Long Island, where my friend Phil Douglas (of the band Iron Chic - I’d met him through playing shows in the basement which was also his bedroom - the place was called The Hobo House) mixed and mastered it in less than two days. Then I had to make the sleeves so I could give out/sell some copies in my parents’ backyard for the release show. For this I had the brilliant idea of making the first 20 or 50 (I can’t remember how many) copies have their sleeves be actual ORIGINAL etchings - that’s actually what the cover art is taken from, the first etching I ever made. I think I was able to make five of those. My mom has one, I’m not sure where the others are…Maybe it was less than five."