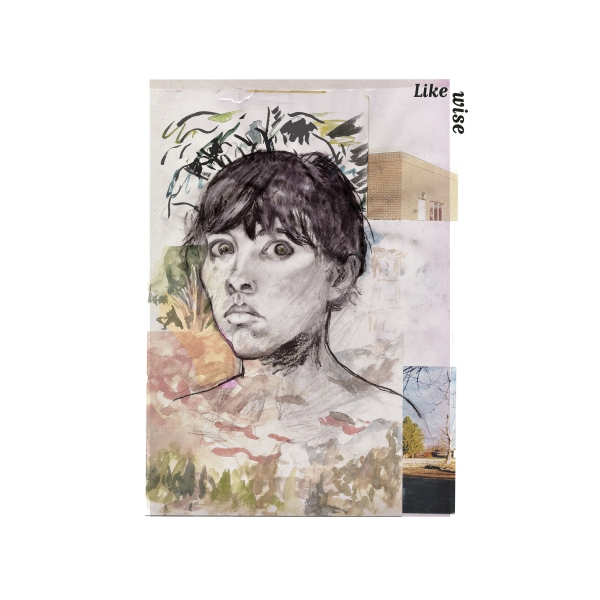 Despite being best known as vocalist/guitarist for emotive indie rock darlings Hop Along, Frances Quinlan has always been understood as essentially a solo artist.

Evidence such as the fact Hop Along was itself conceived as a solo project, originally under the name Hop Along, Queen Ansleis, plus Quinlan’s regular solo performances over the years have been key components of this perception. However, it was her towering and peerless vocals across Hop Along’s records to date that further enforced this view, one which is undoubtedly unfair on her bandmates. All of this is to say that her decision to put her actual name to a release raised questions as to how much differentiation would emerge, and if this most recent foray is warranted. As it turns out, Likewise sits close to though distinct from the Hop Along archives, retaining her god-given voice and indie tropes, though punctuated with a wider selection of sounds and freedom in her writing we’ve yet to hear from Quinlan.

One key way this manifests itself in the almost erratic variation on Likewise, as Quinlan unreservedly jumps from moments of pure serenity and bliss to others of poignant frustration. Whether it’s her wailing at the end of “Went to LA” that “Everyone needs a second chance”, to the realisation Quinlan leaves hanging at the end of “Rare Thing” that “I have to stop myself and admit, you make me happy”, the shift from track to track gives the album the feel of a series of diary entries, each unique from that before and after it. While this variation had become more pronounced on Hop Along’s 2018 album Bark Your Head Off, Dog, Likewise features a greater breadth of sounds than anything previous, and the result is both charming and arresting in equal bouts. The inclusion of additional instruments, such as harps and synths, further make this record distinctly her own.

This profound personal touch extends to the intimacy of the topics covered. While Hop Along have regularly been praised for their “emotional dexterity”, Quinlan putting her name directly on the music, and even creating the album’s delightful cover art, no doubt gives it extra weight. At times distressing, such as when allowing us access to an unpleasant dream about her niece on “Rare Thing”, and others bittersweet, as with her attempts to develop an understanding of another human being on the gorgeous “Your Reply”, Likewise contains a multitude of close, intimate experiences and their associated emotions. Compounded by Quinlan’s quickfire snippets of insight and meandering, conversational style, the result is a collage of often fleeting but vivid snapshots of our protagonist, an approach that requires you to pay close attention, but pays dividends if you concur.

Much like Brittany Howard with 2019’s Jaime, Quinlan hasn’t so much shaken off any shackles from her normal band, but rather proven how successfully she can operate under a different working setup. Even her closing cover of Built To Spill’s perennial favourite “Carry A Zero”, which has been part of her live repertoire for a few years now, is wonderfully reimagined. Reborn with warped electronics and a disjointed array of musical flourishes, it perfectly showcases her ability to breathe new life into an old tune, reflective of her doing so with her career writ large. A fitting end to a stunning release, Likewise is Quinlan’s proof that, either on her own or with her band, hers is a voice not likely to get lost in the crowd.