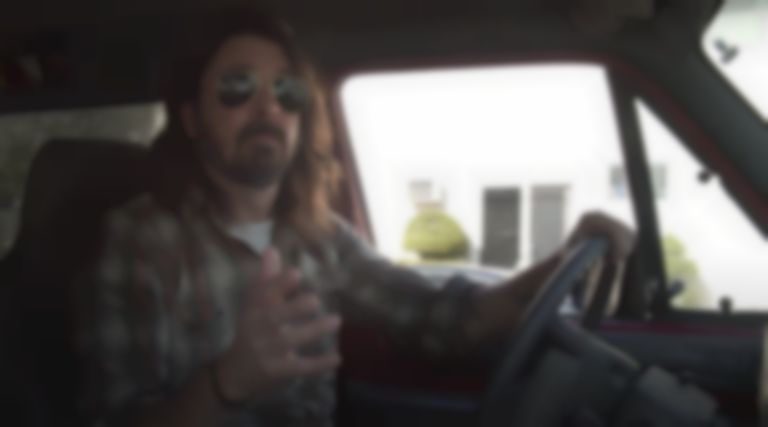 Foo Fighters have unveiled the first trailer for What Drives Us, a Dave Grohl-directed documentary featuring interviews with St. Vincent, Flea, Ben Harper, Ringo Starr and many more.

What Drives Us is a upcoming documentary that is an homage to musicians and their commitment to play music for others by travelling from show to show on the road.

The film, directed by Grohl and produced by Foo Fighters, was originally due to premiere at Foo Fighters' 25th anniversary Van Tour before it was cancelled due to the COVID-19 pandemic.

Grohl says, "This film is my love letter to every musician that has ever jumped in an old van with their friends and left it all behind for the simple reward of playing music. What started as a project to pull back the curtain on the DIY logistics of stuffing all of your friends and equipment into a small space for months on end eventually turned into an exploration of 'why?’ What drives us?'"

The trailer arrives hot on the heels of the announcement of Grohl's forthcoming book The Storyteller.

What Drives Us is due to arrive on The Coda Collection in the US and Amazon Prime Video elsewhere on 30 April.