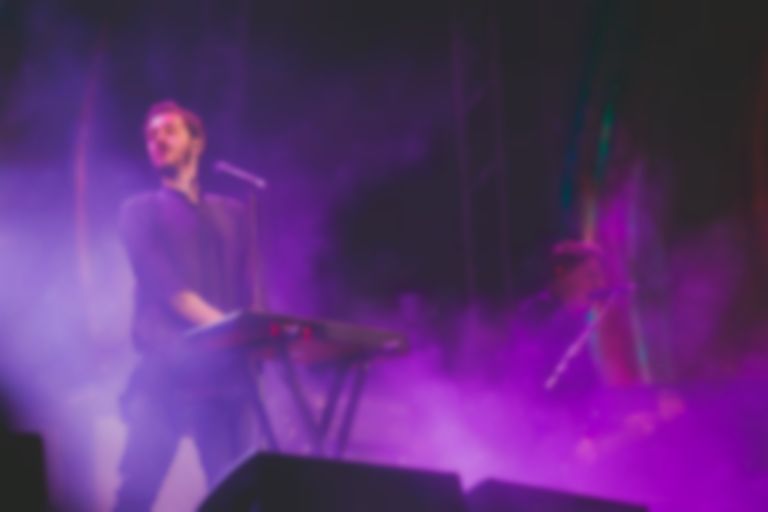 Editors have announced they'll be releasing the Blanck Mass sessions from their Violence record, today unveiling the re-work of "Barricades".

After releasing Violence last year, Editors said to Billboard of the collaboration, "We thought well, if he could have some kind of influence on what we were doing, it might put this record into a place that would surprise us and give it a freshness. So yeah, he got on board. He started working on nearly every song we’d worked on. We got to the point then where we had two albums; we had this album we had done in Oxford and you have like the alternative kind of Blanck Mass version of the record. Then we needed some more help, and we got a guy called Leo Abrahams, a producer to come in and help fuse these things together and find the right balance."

The first track to be previewed from the forthcoming sessions release is "Barricades", which arrives with a new visual directed by Hi-Sim.

The Blanck Mass Sessions will be released on black and white marble vinyl via Play It Again Sam for Record Store Day on 13 April, arriving on digital platforms on 3 May. Find out more.