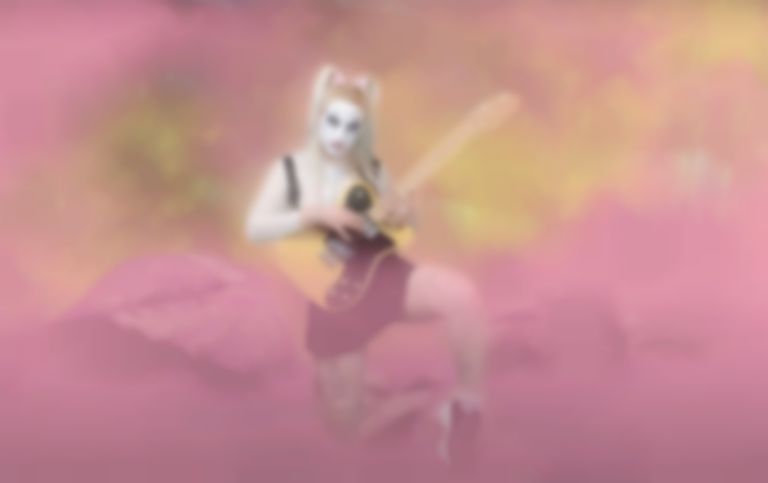 Du Blonde has teamed up with Ezra Furman on new track "I'm Glad That We Broke Up", which lands ahead of her Homecoming album that's due for release in April.

"I'm Glad That We Broke Up" marks the first collaboration between Du Blonde and Ezra Furman on a song. Du Blonde, real name Beth Jeans Houghton, previously directed the video for Furman's Twelve Nudes single "Calm Down AKA I Should Not Be Alone" in 2019.

Du Blonde wrote of the track on Instagram, ""I’M GLAD THAT WE BROKE UP" Ft. EZRA FURMAN IS OUT NOW!! THE ALBUM HOMECOMING IS OUT APRIL 2ND! I can’t tell you how great it is to finally be putting out a track with Ezra. She is a constant inspiration to me, and her voice gives me the wiggles. There’s a point in the song where she sings ‘....three whole months apart’ and there’s something about the distorted melodic cascading tone of her voice that makes me want to listen to that line over and over forever. Ezra Furman thank you for making this track with me and thank you for being one of the few people who truly understands me."

She added, "I’ll talk about the album a little later but for now I just wanna give this track the moment it deserves. Last night I gave it a little talking to and told it my hopes and dreams for its life including moments it might get to witness, like two friends dancing in their bedroom and someone finally feeling good again months after a breakup. All of these things are part of the life of a song independent of an artist and I hope this track can be a friend to you in your home, especially in a time when friends are not so accessible."

"I'm Glad That We Broke Up" is Du Blonde's first release of 2021, following November's "Medicated", which featured Garbage's Shirley Manson.

Homecoming will follow Du Blonde's 2019 album Lung Bread For Daddy, and is engineered, produced and self released by Du Blonde, and was written and recorded between LA, London and Newcastle.

"I'm Glad That We Broke Up" featuring Ezra Furman is out now. Du Blonde's Homecoming album will be released 2 April, and is available to pre-order now.