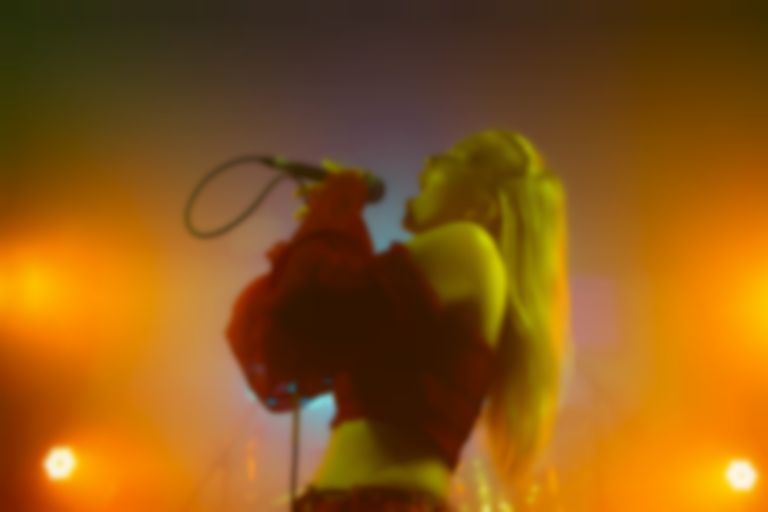 After their performance at Citadel festival in London yesterday (14 July), Dream Wife's Rakel Mjöll has labelled the lineup a "joke" due to the lack of women performers on the bill.

Dream Wife performed on the main stage at London's Citadel festival yesterday (14 July) in Gunnersbury Park, and shared her thoughts on her Instagram story.

She called out the festival for a lack of women featured on the lineup, which was dominated by male-fronted acts such as Friendly Fires, Bastille, Catfish And The Bottlemen, Bear's Den, Fontaines D.C., Squid, The Murder Capital, and more.

In the first Instagram story - which you can see over on NME - Dream Wife's vocalist Rakel Mjöll wrote alongside a selfie, "The lack of womxn artists on today’s festival bill iz a joke."

Mjöll added in a second post, "We had one hell of a good time – what a crowd & the whole festival staff were amazing & so welcoming…but walking into the backstage when we arrived and literally not seeing one womxn in site (spotted a few later) and then looking at the line up to see who’s playing…think I counted 5 music acts that had a womxn artist in them out of 25 acts. None as headliners. That’s like 20% of the line up that includes a womxn as a member."

She closed her statement by writing, "This baffles me. Everyone loses. Representation is important. It’s 2019. It’s just weird."

Dream Wife have a handful of shows left for this summer. Find out more.