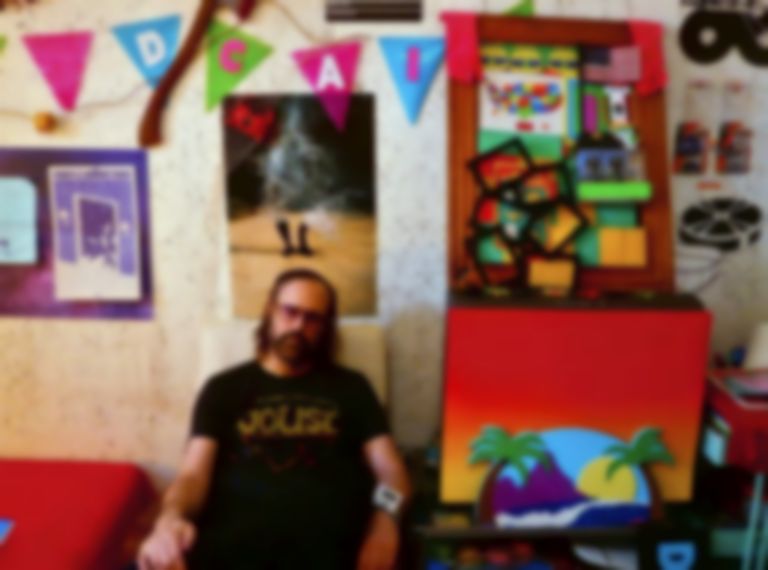 Drag City, the label that put out Purple Mountains' debut album, have shared their eulogy for late poet and singer/songwriter David Berman.

David Berman, formerly of Silver Jews, and more recently, Purple Mountains, passed away on 7 August. Over the weekend a medical examiner confirmed Berman's cause of death as suicide.

Drag City, the label that put out Purple Mountains' self-titled debut album on 12 July, has shared a eulogy for Berman.

The euology discusses suicide, and the label shares one of the last conversations they had with Berman, "So perhaps when you make the call and talk to somebody, for even a few minutes, at the very least there's a chance the spell will pass. One of the last times we spoke with David, as he was dealing with mundane but harrowing travel logistics, he called in a panic: (panic) "Car trouble! Not sure what to do!" (gravelly voice) "Did you call a tow truck?" "Oh my GOD you sound AWFUL! Are you sick?" "Yes, I have a little flu or something. Did you call AAA?" (calmer) "Yeah, I called them, they said they'd be here soon." (laughs) "Jesus, you really sound like shit!" "So you're good?" "Yeah, I'm fine. Get some rest!" (laughs).

The label goes on to write, "And he was fine, for quite a while after that. So talk. Or text even! But give yourself the one option that always caused pause and reflection from even a literal genius like David: no-one really knows the outcome of any given situation, so what if it does indeed get better? At the very least, while considering this, the pleasure of the time we have together here may continue on its already too-finite path. For David however, the struggle is done. His decades-long fight against what he termed "treatment-resistant" depression is over. We can tell you with authority, the problem wasn't drugs -- he had made hard drugs a thing of his past for over a decade. His problem wasn't debt -- he knew his new work and tour looked to settle that. It wasn't family estrangement -- he remained close with his wife, family and friends to the end. He was subject to pervasive, chronic, chemical depression, and fought it daily, as best as he was able."

Drag City add, "It’s some relief to think that his suffering is over. But we can’t help but wish he was still with us. Even though we won’t be hearing any more from him, we know in our bones that we’re gonna spend the rest of our lives thinking about these things anyway. It's a major loss, we see your pain and share it, and support and grieve with all of you, however you see fit."

Last week Jagjaguwar shared an unreleased poem of Berman's from 2016.

Domenic Palermo of Nothing paid tribute to David Berman with a cover of Silver Jews’ "We Are Real".

Read the full eulogy on dragcity.com.