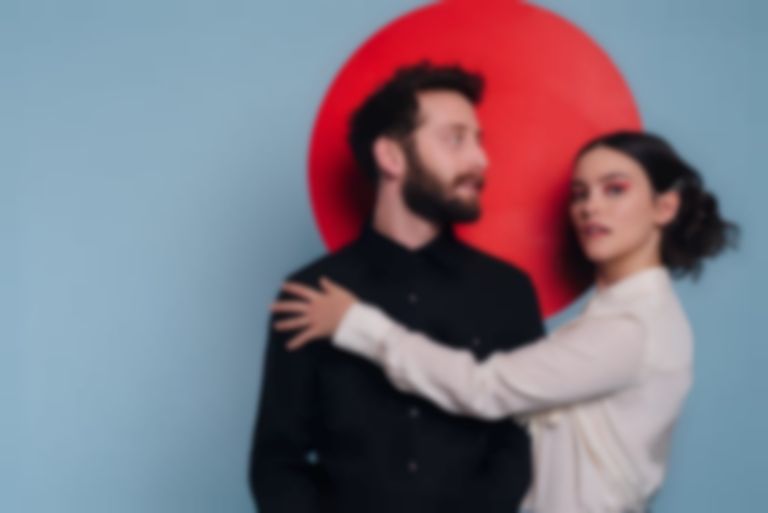 Diet Cig are back with details of their second LP Do You Wonder About Me?, and have unveiled the opening track "Thriving".

"Thriving" lands after January's comeback single "Night Terrors", which will also feature on the new album.

Discussing the new track, Diet Cig explain, ""Thriving" is a cathartic, campy release of feelings. Its about the duality of absolutely THRIVING without someone but also desperately wanting them to notice you doing so. Inspired by the melodrama of reality TV and musical theater, we wanted the song to bounce back and forth between a lavish personal anthem and the anguish of feeling forever beholden to others opinions."

Do You Wonder About Me? will follow on from Diet Cig's 2017 debut LP Swear I'm Good At This.

Alex Luciano and Noah Bowman, aka Diet Cig, worked on the tracks that make up their new album from their practice space over the course of a year. They finished the tracks with longtime producer Chris Daly at Headroom Studios in Philadelphia, and at Salvation Recording in New Paltz, New York.

"Thriving" is out now. Diet Cig's Do You Wonder About Me? album arrives 1 May via Frenchkiss Records, and is available to pre-order now. They play London's Camden Assembly on 6 May. Find out more.