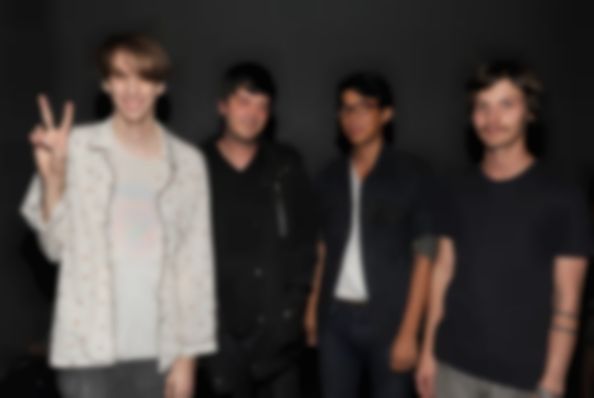 Deerhunter are working on a new album, their frontman Bradford Cox has revealed.

Speaking to Rolling Stone recently, Cox revealed that the Atlanta group have been recording the follow-up to 2010′s Halcyon Digest in Brooklyn with Microcastle producer Nicolas Vernhes.

The singer also revealed that they’ve narrowed down up to 250 songs to around 12 tracks for what will be their fifth studio release.

The record is yet untitled, but is expected to drop during 2013.

Deerhunter will also curate ATP in Camber Sands this coming June, playing three of their albums in full.

Cox is also set to star in an upcoming new film alongside Jared Leto.