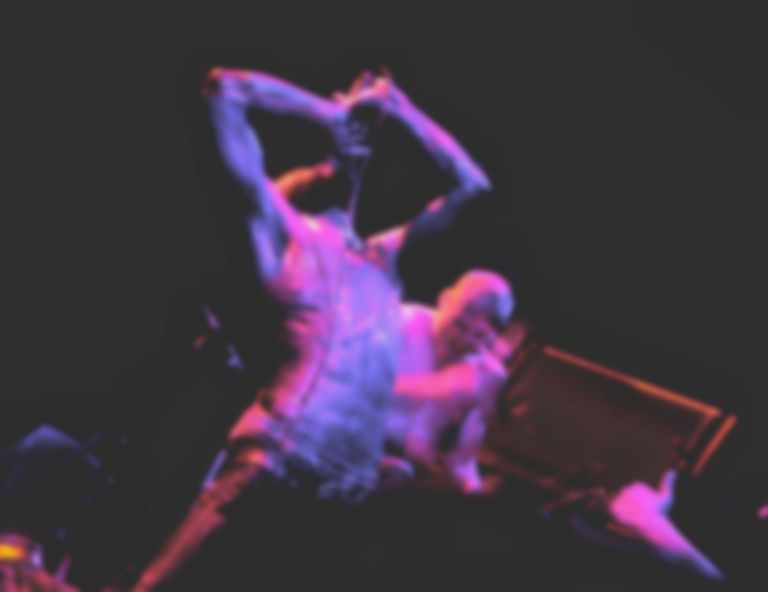 With their forthcoming album Year Of The Snitch days away from release, Death Grips have teased it further by dropping two new tracks.

The first, and tthe most toned down is "Dilemma", which arrived with guest vocals from Shrek and Shrek 2 director Andrew Adamson, teased earlier in March.

In a double whammy reveal, Death Grips also shared another track called "Shitshow" on 17 June, which sees the avant-garde rap group come together for a hardcore combustion of instruments, fast rapping and yelling.

Both tracks are lifted from Death Grips' forthcoming album Year Of The Snitch, which drops on 22 June. Relive Death Grips' visit to Camden's Roundhouse with our live gallery.