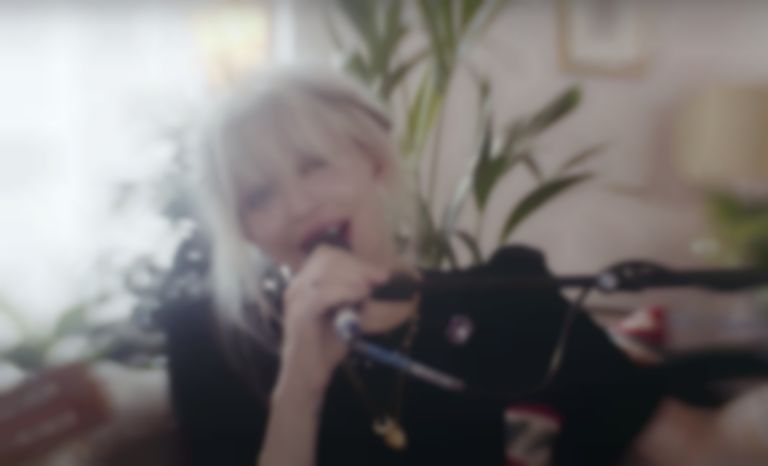 Courtney Love, who has shown continuous support for Britney Spears and the #FreeBritney movement, uploaded an acoustic cover of Spears' "Lucky" to Instagram over the weekend.

Love's cover comes shortly after Spears spoke about her 13-year conservatorship for the first time in court last month.

Towards the end of the performance, Love takes a moment to compose herself after getting tearful.

Love's cover of Britney Spears comes after she joined forces with The Big Moon’s Juliette Jackson to cover Wilco and Billy Bragg's "California Stars" to launch their new cover series Bruises of Roses.

Courtney Love's cover of Britney Spears' "Lucky" is on her Instagram now.