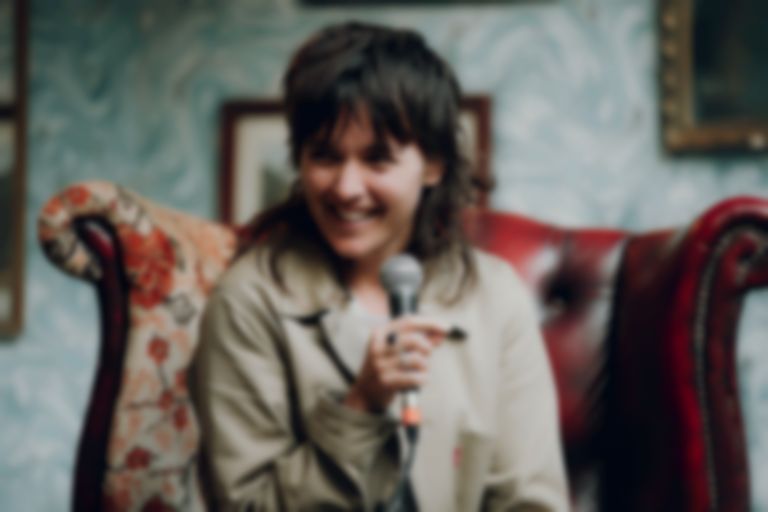 For Best Fit's final secret set of the day on End Of The Road's Piano Stage, Woods Stage headliner Courtney Barnett sat down to discuss her writing process, karaoke, and billing dilemmas.

She spoke at length about how she creates music ("I don't show anyone until it's 95% done...") and touring, as well as the environmental impact of being a working musician - "I think about it every day, every time I get on a plane... but I don't have any answers. I just try to do enough tiny things that I hope it makes a difference".

The session was also opened up to the floor to questions from fans in the audience - with Barnett opening up about karaoke habits, her dream jobs as a child (ballerina, vet, swimmer, tennis player, mail deliverer), and current listening habits (including Leonard Cohen and Jay Som). She was also asked to help a fan make a tough choice - to see her headline performance or Low's, which take place at the same time.

"I'm gutted I'll be missing Low," Barnett said, before joking that she "wanted to throw a sickie [to] go down and see them."

At the end of the conversaton, it was revealed that Bea - a then-9-year-old girl who wrote a very sweet letter in 2016 asking the festival's organisers to book Barnett - was in the audience and able to finally meet her favourite artist.

I received this letter in 2016 - three years later and we got there Bea! @courtneymelba @endoftheroad