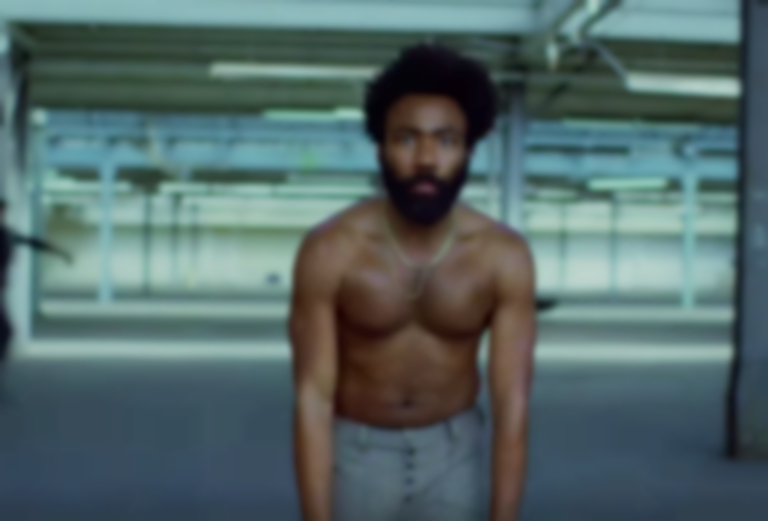 Childish Gambino's "This Is America" video took home the Video of the Year award, as well as the best International Urban Video. It also won Director of Photogrpahy Larkin Seiple the award for Best Cinematography in a Video.

Florence + The Machine also picked up multiple awards with director Autumn de Wilde collecting the gongs for Best UK Rock Video and Best Choreography in a Video for "Big God".

The Best Director award went to Barcelona-based directing collective, CANADA, for their work over the past 12 months with Rosalía. The video for "Malamente" also won the collective the Best International Pop Video award.

The Best Production Company award, handed out for only the second time at the UKMVAs, was won by Somesuch. The London-based production company was honoured for its outstanding output of music videos over the past year, for artists including Chaka Khan, Florence, Stormzy and King Krule.

The Best Artist award went to Young Fathers for their body of music video work in the past year, including the videos In My View, Toy and Holy Ghost, the latter made with last year’s Best Director winner, Oscar Hudson. Ally Massaquoi from the band was on hand to collect their award.

UK industry stalwart Carrie Sutton was presented with the Outstanding Achievement Award. Only the 4th person to be honoured with the award in the UKMVAs history, and the first female winner, Sutton has worked as a commissioner, producer, and director’s rep for more than 20 years, with artists including U2, Supergrass, Blur, Noel Gallagher, Snow Patrol, Goldfrapp and Take That, but most notably with Robbie Williams throughout his solo career. She was honoured with messages from industry peers and artists.