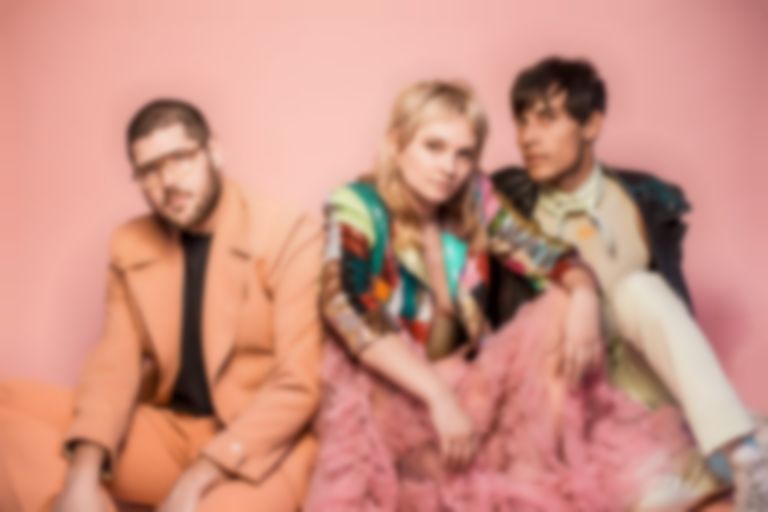 Cherry Glazerr make their return as a trio after synth player Sasami Ashworth moved on to work on her own solo material.

"Daddi" is the second single to be revealed from the trio this year, after "Juicy Socks".

The new single arrives with a bizarre video animated by Loose Change Animation and directed by Danny Cole, who is the creative director for Portugal. The Man.

Cherry Glazerr's new track is taken from their newly-announced fourth record Stuffed & Ready, which will follow on from their 2017 record Apocalipstick.

Speaking about their new album, vocalist Clementine Creevy explains, “I am telling my story of how I feel and where I am in life. I’ve felt the need to explain my feelings … not just state them, but search for why I feel the way I do honestly. With Apocalipstick, I was an over-confident teenager trying to solve the world’s problems. With Stuffed & Ready, I’m a much more weary and perhaps a more cynical woman who believes you need to figure your own self out first.”

Stuffed & Ready was put together with the help of John Vanderslice, and later the co-producer of Apocalipstick Carlos de la Garza. Creevy says, "I wanted a producer to push me. I wanted to be questioned, to rip my songs apart and look at their guts and pour myself open again. And I wanted it to sound massive.”

"Daddi" is out now. Stuffed & Ready lands on 1 February via Secretly Canadian. Cherry Glazerr embark on a North American and European tour next year, including a night at London's Brixton Electric on 3 April 2019. Find out more.