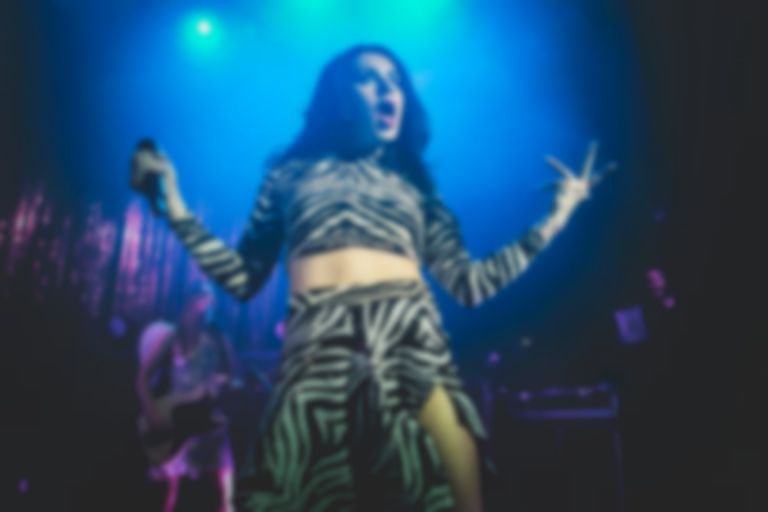 Charli XCX has announced a new EP called Vroom Vroom, which is out via her brand new label Vroom Vroom Recordings.

The label is a subsidiary of Atlantic UK, and to celebrate her new adventure, XCX has released music from RIVRS and CuckooLander.

The Vroom Vroom EP is out 26 February on Vroom Vroom Recordings, and is XCX's first release since last year's LP Sucker - though she's kept busy with loads of shows, songwriting gigs (Selena Gomez' "Same Old Love"), and a collab with Mr. Oizo.

"Vroom Vroom Recordings is my new, experimental pop label and it will combine my love for bubblegum pop with mystery and darkness. The artists coming up through it will be sharp, potent, deadly, and ultimately, will leave their mark on pop music. RIVRS and CuckooLander are two artists who have so much intelligence, pop sensibility and potential - they know what they want and both have great vision. That inspires me and it's why I want to work with them. I've always been fascinated by shy and introvert people - it's something that I am mostly not - and I feel both acts are in ways. It captivates me and sucks me in, and I think their music will do the same for others. I've worked with SOPHIE on the new EP and what we create together speaks for itself. Sometimes we get aggressive, sometimes we get beautiful; he pushes me and I push him. I'm making beautiful party songs right now and this is just the start. The album goes to other places and I can't wait for people to hear it. I feel the most creative I have in a long time and I couldn't be more excited for the next chapter.”

Stream the new noises from XCX ("Vroom Vroom"), RIVRS ("Friend Lover"), and CuckooLander ("Beating Myself Up") below. The Vroom Vroom EP tracklist is after.