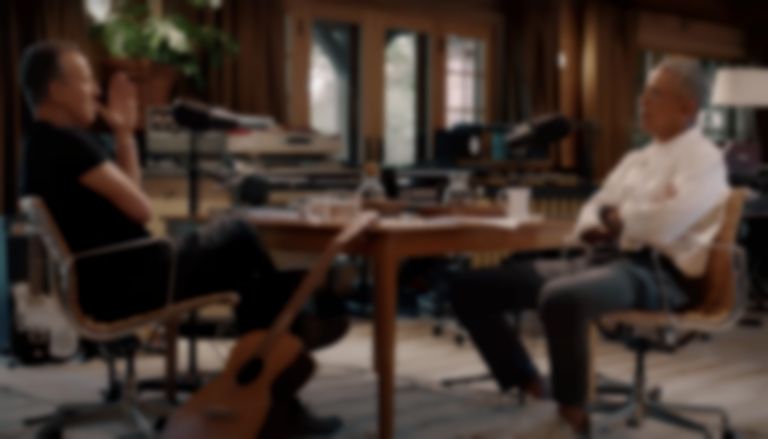 Bruce Springsteen and Barack Obama have teamed up to launch a new podcast series on Spotify called Renegades: Born in the USA.

Renegades: Born in the USA is an eight-part Spotify podcast series that is produced by the Obamas' Higher Ground production company.

According to Pitchfork, the longtime friends will discuss topics including "race, fatherhood, marriage, and the state of America", and the first two episodes titled "Outsiders: An Unlikely Friendship" and "American Skin: Race in the United States" are on Spotify now.

As Variety notes, Renegades: Born in the USA is the second original podcast series to come out as part of Higher Ground's deal with Spotify, following last summer's The Michelle Obama Podcast. The Obamas signed the deal to produce podcasts for Spotify in June 2019.

In the introduction for the first episode, Obama says, "On the surface, Bruce and I don’t have a lot in common. But over the years, what we’ve found is that we’ve got a shared sensibility - about work, about family and about America."

He adds, "In our own ways, Bruce and I have been on parallel journeys trying to understand this country that’s given us both so much. Trying to chronicle the stories of its people. Looking for a way to connect our own individual searches for meaning and truth and community with the larger story of America."

The first two episodes of Bruce Springsteen and Barack Obama's Renegades: Born in the USA podcast series are available on Spotify now.