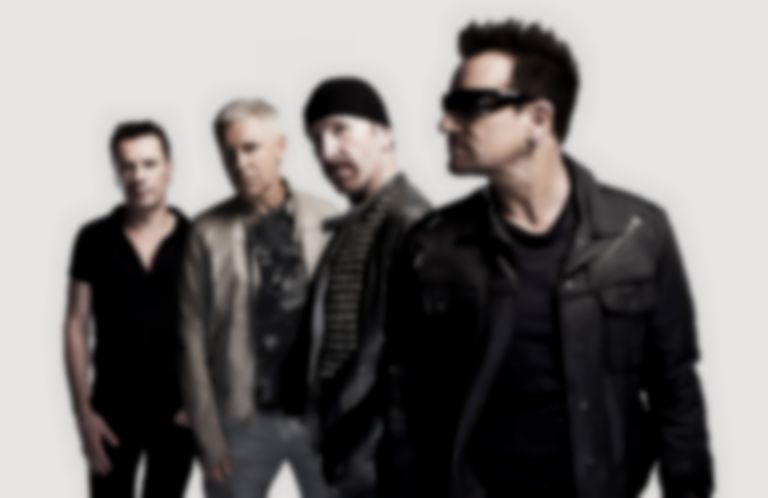 U2 frontman Bono says that modern music "has gotten very girly" in recent years, and that it's "not good" that hip-hop is the "only place for young male anger at the moment".

In a new interview with Rolling Stone, Bono has railed against the lack of masculinity in music, perhaps in a valiant bid to stand up for humble, downtrodden men everywhere. The Irish rocker has bravely revealed his thoughts on modern music despite his precarious position as one of the few men in a famously female-led music industry - an industry which fills festival lineups with women and obviously cultivates a culture of misandry.

"I think music has gotten very girly," Bono declares. "And there are some good things about that, but hip-hop is the only place for young male anger at the moment - and that's not good."

"When I was 16, I had a lot of anger in me," he adds. "You need to find a place for it and for guitars, whether it is with a drum machine - I don't care. The moment something becomes preserved, it is fucking over. You might as well put it in formaldehyde. In the end, what is rock 'n' roll? Rage is at the heart of it. Some great rock 'n' roll tends to have that, which is why The Who were such a great band. Or Pearl Jam. Eddie has that rage."

As well as using his platform to shine a spotlight on these unknown acts, the 57-year-old revealed his main source of discovering new music is his kids.

"Jordan is a music snob, an indie snob," Bono says."Eve is hip-hop. Elijah is in a band, and he has got very strong feelings about music, but he doesn't make any distinction between, let's say, The Who and The Killers. Or, you know, Nirvana and Royal Blood. It is not generational for him. He believes that a rock 'n' roll revolution is around the corner... it will return... his angle was, if the rock 'n' roll revolution isn't happening, we are going to start it."

Sarcasm well aside, a new report revealed that sexual harassment and abuse against (predominantly) women is "endemic" in the UK music industry. Perhaps music and the music industry being a bit more girly wouldn't be such as bad thing.

Read the full interview with Bono, by Jann Wenner, on Rolling Stone.