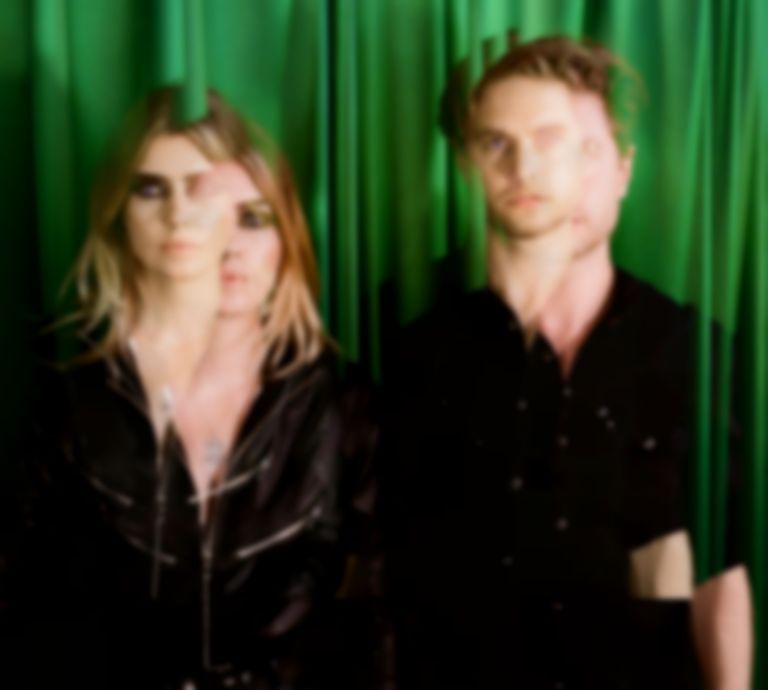 The chugging and pensive new single "Eye To Eye" follows the pair's earlier singles "Find My Own Remorse", "Howl", and "Mexican Dress", all of which will feature on their upcoming record.

Expanding on the new single, the duo explain, ""Eye to Eye" was the first song where we really hit our stride in the writing of the album (Get Tragic), the first time it really fell into place experimenting in a garage in LA with synths and loops instead of guitar riffs. it started life as a jam which we chopped, spliced, slowed down, looped and chopped some more then gradually layered back up using electronics and voices.”

Get Tragic is their first album since their self-titled effort from 2014.

Expanding on their album, Steven Ansel says, "The reason we called it Get Tragic is because we realised that everything we’ve been doing over the last three years is kinda tragic! Just like, ‘Ooh, I hate you, I’m going to America to find myself’, and like ‘Ooh, I’m gonna party for the rest of the year!’ Everything about it is such a cliché – we were like, ‘We’ve turned into a fuckin' tragedy!’”

Blood Red Shoes also revealed they'll be hosting a pop-up shop launch for their album on 25 January. The event will take place at Mary Wyatt London in Stoke Newington, 95 Stoke Newington High Street, from 4-8pm. The first 20 people through the door can get themselves a free goodie bag.

"Eye To Eye" is available now. Blood Red Shoes' Get Tragic arrives on 25 January 2019 via Jazz Life, and is available to pre-order now. The pair will tour the UK and Europe, kicking off on 24 January at New Slang in Kingston. Find out more.