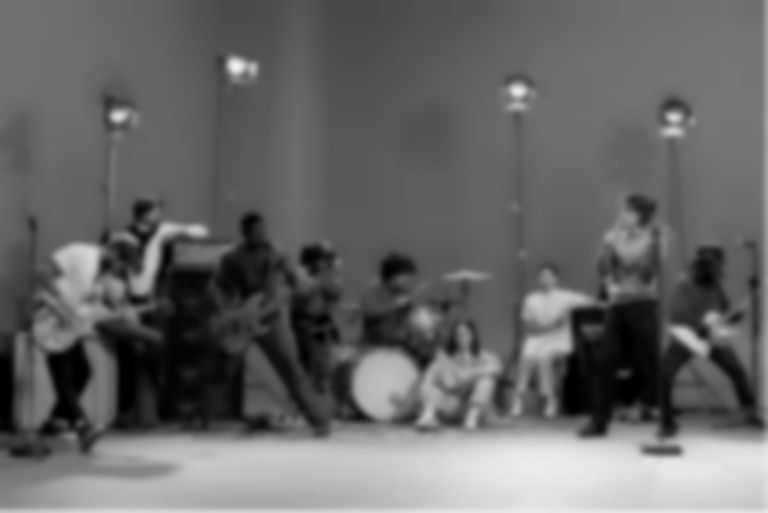 Turnstile have shared "Alien Love Call", one of two Blood Orange collaborations that will feature on their forthcoming album Glow On.

Baltimore band Turnstile have officially announced their Glow On album, which will follow 2018's Time & Space, and have released "Alien Love Call", which features Blood Orange.

"Alien Love Call" is one of two Blood Orange collaborations on Glow On, and is teamed with a video directed and edited by the band's own vocalist Brendan Yates and guitarist Pat McCrory.

Glow On was recorded with producer Mike Elizondo, and features co-production from Yates.

"Alien Love Call" featuring Blood Orange is out now. Turnstile's Glow On album will arrive 27 August on Roadrunner Records, and is available to pre-order now.