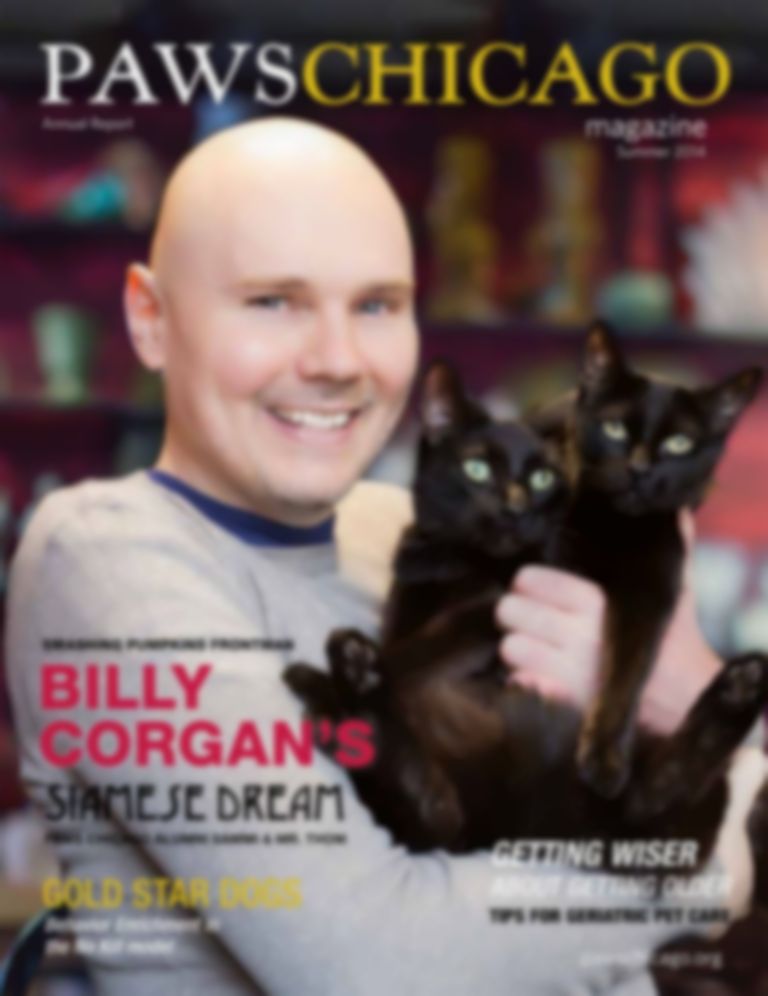 ​Smashing Pumpkins frontman Billy Corgan is clearly a man of hobbies. He’s always been pretty vocal about his love of wrestling, herbal tea and cats, so much so that he’s just appeared on the cover of a cat magazine called Paws.

Paws is the annual publication distributed by a Chicago cat adoption charity of the same name, which Corgan recently raised $60,000 for.

You can check out the picture of Corgan cuddling some Siamese cats above, with Smashing Pumpkins’ cover of Rolling Stones’ “Stray Cat Blues” streaming beneath, via CoS: