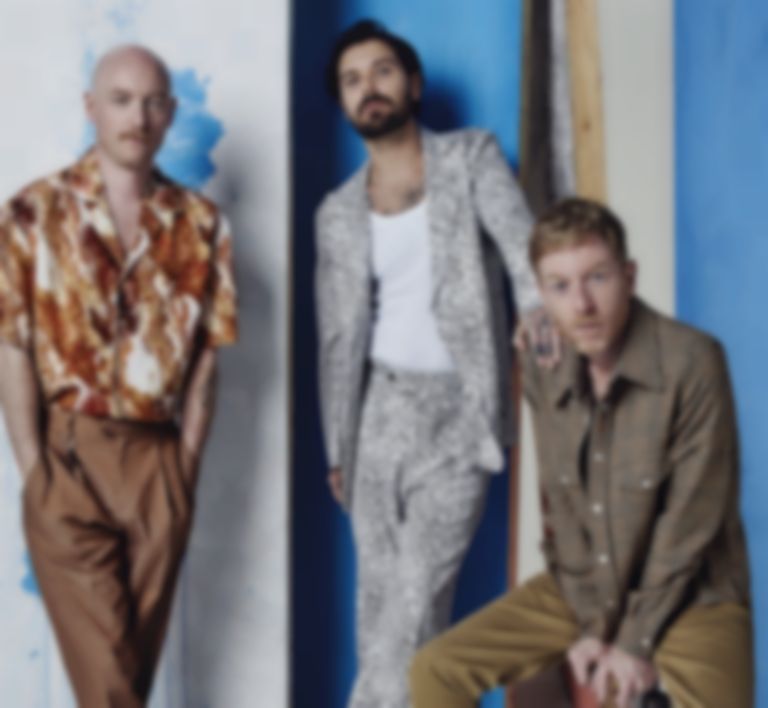 Biffy Clyro have shared "Instant History", a first glimpse of their forthcoming album that's due for release later this year.

This time around we wanted to lead with something that was the most out there thing which we’ve got on the record," says vocalist Simon Neil. ""Instant History" is the biggest, most slammest pop moment we’ve ever worked on. It’s a fantastic opening statement, although musically it doesn’t reflect the album’s direction. But thematically it’s a good pointer for what the album is about: learning from mistakes and realising how you can move things forward. Things can be similar although they’ll never be the same, but let’s not be scared of that."

The new single is produced by Rich Costey (Foo Fighters, Muse, The Killers), and is Biffy Clyro's first single since releasing their Balance, Not Symmetry soundtrack last year.

Last night (20 February), Radio X's Gordon Smart asked the band about the possibility of playing Glastonbury 2020, to which Neil replied, "That would be telling!"

Biffy Clyro's forthcoming album - which they said in October 2019 is due for release in the first half of 2020 - will be their first since 2016's Ellipsis.

Last year, the Scottish rockers also contributed a cover of Frightened Rabbit's "The Modern Leper" to their Tiny Changes - A Celebration of The Midnight Organ Fight album.

"Instant History" is out now. Biffy Clyro play BBC Radio 1's Big Weekend in Dundee this May. Find out more.