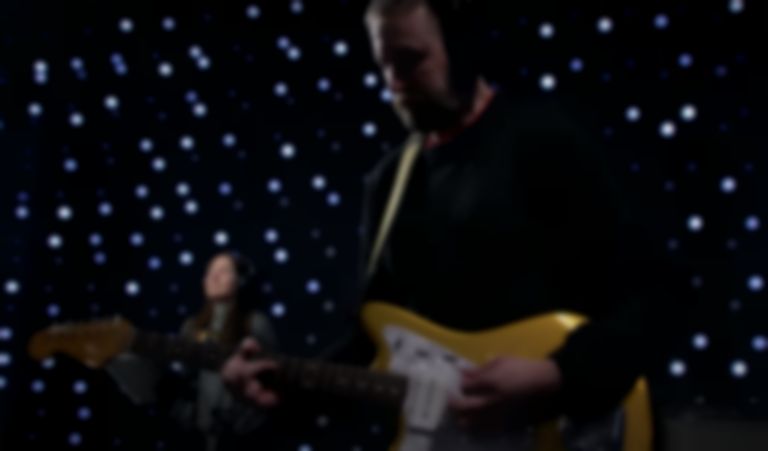 Beachy Head, the new project made up of members of Slowdive and The Flaming Lips, have unveiled "All Gone" as the second single to be lifted from their self-titled debut album.

After launching their new project with debut single "Destroy Us" last week, Beachy Head have returned with "All Gone", a second taster of their self-titled debut album.

The new band is made up of Slowdive guitarist Christian Savill (with guest vocals from Rachel Goswell), Flaming Lips drummer Matt Duckworth, Ryan Graveface of Dreamend and The Casket Girls, and The Soft Cavalry's Steve Clarke, who is also Goswell's husband.

The idea for Beachy Head happened in 2019 after Savill started writing and demoing songs while having a year off from Slowdive. Graveface and Savill started building the songs in Savannah, Georgia right before the global pandemic last year, while Clarke contributed his harmonies and other instrumentation in between lockdowns in the UK.

Beachy Head's name is inspired by the chalk cliff in Sussex also called Beachy Head, which is one of Britain’s most popular beauty spots but is also known as a notorious suicide spot.

"All Gone" is out now. Beachy Head's self-titled debut album will be released 30 April via Graveface, and is available to pre-order now.