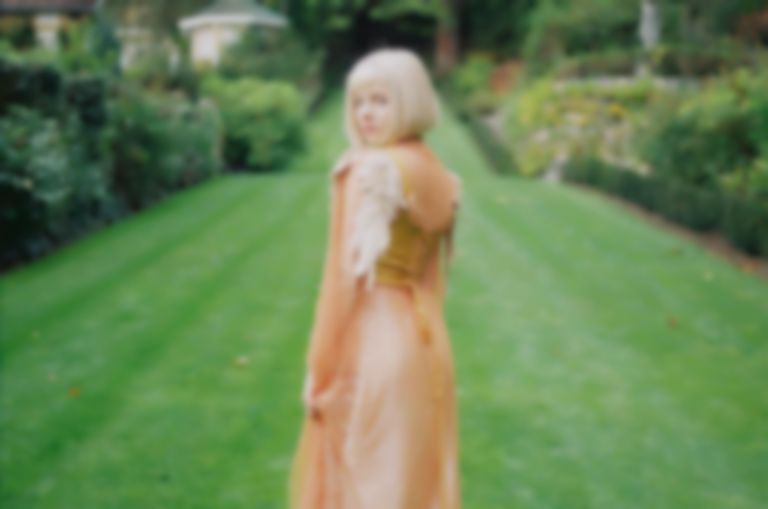 Norway's AURORA has returned with news of her third album The Gods We Can Touch, and has unveiled new single "Giving In To The Love" to accompany the announcement.

After returning in July with "Cure For Me", AURORA has shared a second track from The Gods We Can Touch titled "Giving In To The Love".

"I was thinking about Prometheus, and how he stole the fire to sculpt us - the humans," explains AURORA. "I feel like we sometimes forget that we are living creatures, capable of so many beautiful things. And the human’s current obsession with beauty makes us forget and devalue the fire that rests within us. Our inner self, and most important part."

The Gods We Can Touch will follow AURORA's 2019 album A Different Kind of Human (Step 2), and will feature 15 tracks, each one tied to a different god.

AURORA says of the album, "The spiritual door between the human and the gods is a very complicated thing. In the right hands faith can become the most beautiful thing. Nurturing and warm. And in the wrong hands it can become a beacon of war and death. One thing that has always bothered me is the idea that we’re born unworthy having to deem ourselves worthy by suppressing the forces within us that make us human. Not perfect, not flawless, just human. Could we find this Divine power in ourselves, while still being attached and seduced to the wonders of the world. The flesh, the fruit and the wine. I think that is what intrigues me about the Greek gods. The gods of the ancient world. Perfectly imperfect. Almost within our reach. Like gods we can touch."

"Giving In To The Love" is out now. AURORA's The Gods We Can Touch album will be released 21 January 2022 via Decca Records, and is available to pre-order now.