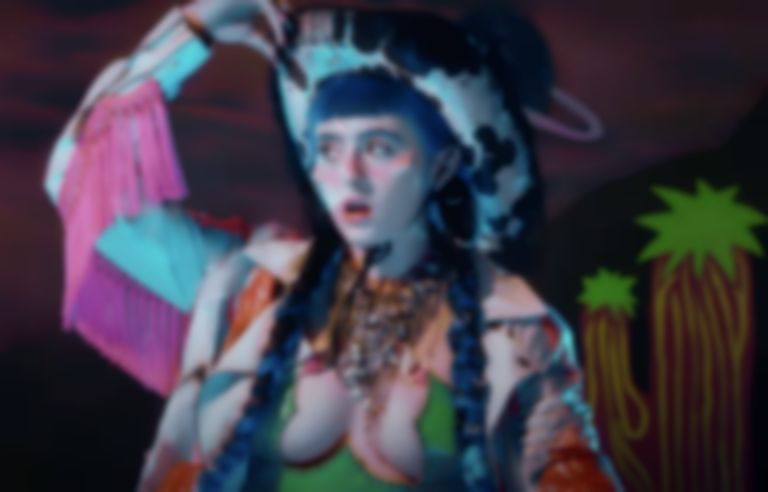 Ashnikko has been teasing both tracks on socials over the past few days, and in a handwritten note posted to socials, Ashnikko wrote, "I’m giving you 2 songs on September 29th. "Panic Attacks in Paradise" and "Maggots" were both written when I was in a very low place. A nasty festering place where brushing my teeth and getting out of bed was an accomplishment. The win of the day!"

"I wrote "P.A.I.P." when I was annoying the fuck out of myself," Ashnikko continued. "I was fine, physically healthy, safe, etc. I was in so much pain but I couldn’t put a finger on it. I was insufferable. So obsessed with my own hurt. I was leading it around with me like a rabid dog, letting it bite anyone that I came into contact with."

Ashnikko added, "Where "P.A.I.P." is soft and forlorn, "Maggots" is pure rage, an electric forcefield around myself darling people to come close. I decide that being a little villainous is a better lifestyle choice. I’d rather be a right bitch than let people take advantage of my kindness. I will take every parasite burrowing its way into my flesh and flatten it under my boots."

Ashnikko's "Panic Attacks in Paradise" and "Maggots" tracks will be released tomorrow (29 September).