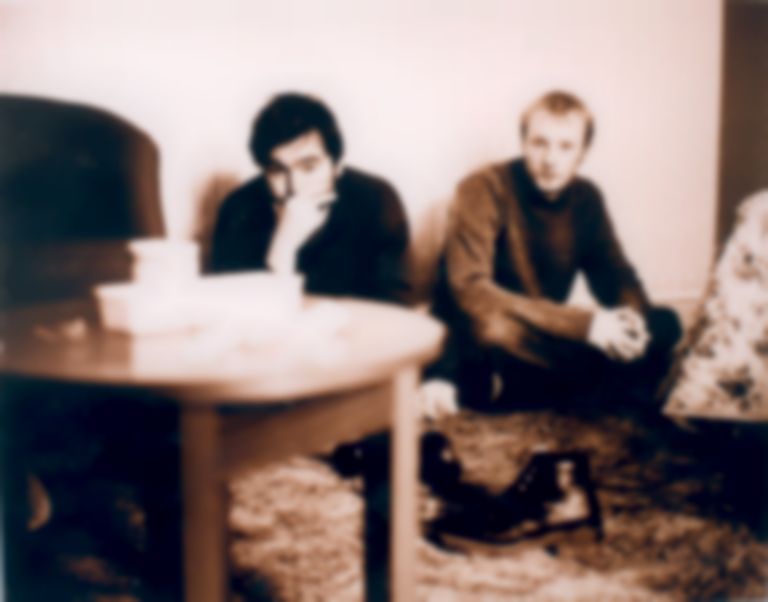 Arab Strap, the duo made up of Malcolm Middleton and Aidan Moffat, have returned with "The Turning of Our Bones", their first new song in 15 years.

After hinting at their return over the past week, Arab Strap have finally released their new single "The Turning of Our Bones".

The new track received its first play on BBC Radio 6 Music today (1 September), and is the duo's first new outing since their 2005 album The Last Romance.

As BBC Radio 6 Music teased over the weekend, the new track features the lyrics, "Let's not be bashful / Don't be oblique / The flesh is willing / But the spirit is weak".

The new track will also be released as a 7" single on 23 October with an exclusive b-side.

Arab Strap's comeback single "The Turning of Our Bones" is out now. The 7" vinyl is available to pre-order now.