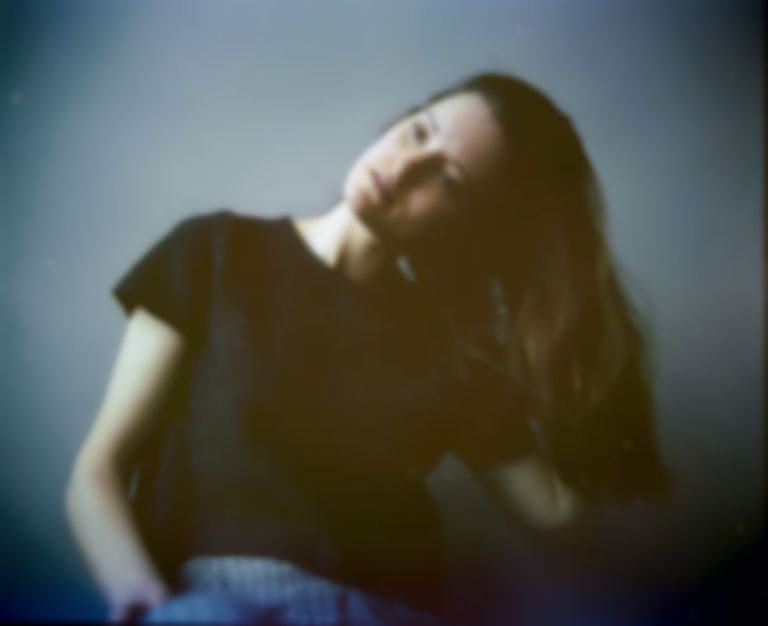 Annie Hart has returned with news of her upcoming album Everything Pale Blue - a record of ambient synthesizer instrumentals - and has unveiled the near-10-minute track "Sun in the Dark" as the lead outing.

"Sun in the Dark" is Hart's first release of the year, following last year's score for Banana Split, and arrives as the first taster of her forthcoming ambient album Everything Pale Blue.

The NYC-based composer, songwriter and Au Revoir Simone member says of her upcoming album, "I began composing Everything Pale Blue in November 2020 at an artist's residency near Oneonta, New York called Aunt Karen's Farm, which was funded through a grant from the Sustainable Arts Foundation, whose mission is to support arts created by people with children. Normally, it's a hub of activity, but due to COVID, it was just me, and for part of the time, my family, sharing an open, empty farm space; a true retreat."

"At first I was a bit bored by the same scenery every day in such a gloomy, wet, gray season, but after a while I started seeing the minute daily changes in the nature around me," Hart continues. "Every day I went on walks through fallow fields spiked with mown straw, sometimes wet with mud, sometimes caked with snow, and on some magical days, encased in crystalline ice. I started seeing the trees around the farm as individuals, with their own personalities. I saw the leaves change on the ground from yellow and brown, to dry brown blowing ones, to wet, dark brown precursors to soil that would then nurture the same trees they came from. Obviously, in New York City, we see trees every day, but it is incredibly rare to witness their symbioses with each other and the soil and animals. I started noticing the differences in the bird songs of each species and their various moods."

Hart reveals that she planned to user her time at the farm to "finish recording a pop record, but I soon started sliding out of the typical song structure mentality and sliding into a playing/listening mentality."

She adds, "It was incredible to see the shift in my mentality over the time at the farm. To go from gripping and holding to just playing; allowing myself the freedom to create without guilt or responsibility, to see the shifts in my abilities as a composer and musician. It was absolutely magical and I consider that month an incredibly formative one that I am so lucky to have been able to attend and appreciate."

"Sun in the Dark" is out now. Annie Hart's Everything Pale Blue ambient album will be released 7 May via Orindal Records, and is available to pre-order now.