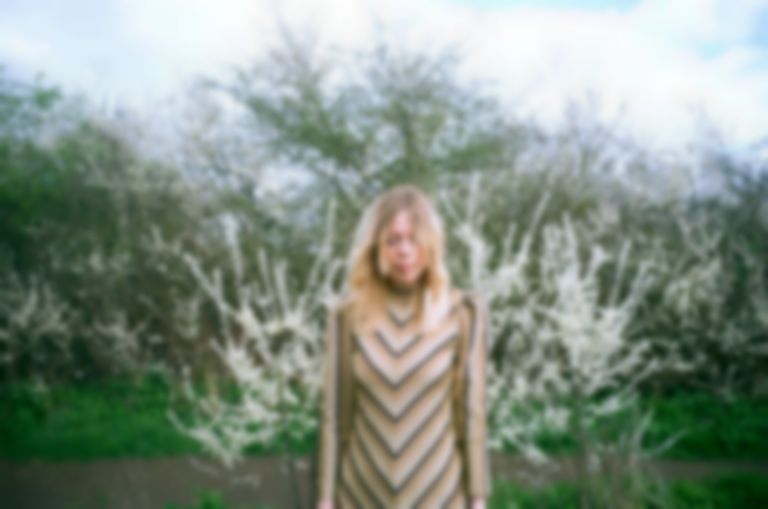 London singer/songwriter Anna Vincent, known for her work with My Tiger My Timing and Heavy Heart, has announced her debut solo album Under The Glass, alongside releasing lead single "Naxos".

"Naxos" is the first outing from her debut solo album Under The Glass, and is accompanied by a video created by Vincent.

Speaking about the song, Vincent explains, ""Naxos" was the first song I wrote for this album, and it’s about when Max [Bloom, formerly of Yuck] and I went to Greece just a few months into our relationship. It was our first holiday, so on one level the song is about that, just being on an adventure and in love. But it was also impossible to ignore the mythology of the island, and at points it felt like we’d stepped back in time."

"There was also something dreamlike and magical about travelling to the island by boat and being marooned there, but happily so," she adds. "I had this feeling of being home, even though it was the first time I’d been there, and I realised it was the feeling you get being with someone you love: anywhere could be home if we were together."

Under The Glass came together during the pandemic when her touring jobs with Happyness and Heavy Heart was put on hold, and was recorded with her boyfriend Bloom.

Vincent says, "Like everybody, I was feeling scared about where everything was going to go. I assumed it was going to be a wasted year. But then I dug out some words I’d written, and thought maybe there’s something I can do with these."

"My tendency in the past with songwriting has been to go to the laptop and produce as I was going along," she continues. "But I’d been listening to a lot of late '60s and early '70s folk and folk-rock type stuff by Joni Mitchell, Simon and Garfunkel, John Martyn, Jackson Browne, and Crosby, Stills, Nash and Young. And I’d really gotten into Wilco, Elliott Smith and Teenage Fanclub that last year. Because of that I just knew I wanted to challenge myself to write completely on guitar. It was like, don’t even touch your laptop until you can play and sing the whole song and it's fully-formed."

She adds of working with Bloom, "He was so positive about them. He encouraged me to record them. So all the instruments were recorded here in this room, except for the drums which were done separately by Adam Gammage. And Max is such a brilliant producer and musician, he made the process really lovely; unhurried and quite natural. It wasn't like any record I've made before."

"Naxos" is out now. Anna Vincent's debut solo album Under The Glass will be released via Max Bloom's Ultimate Blends label on 29 October, and is available to pre-order now.