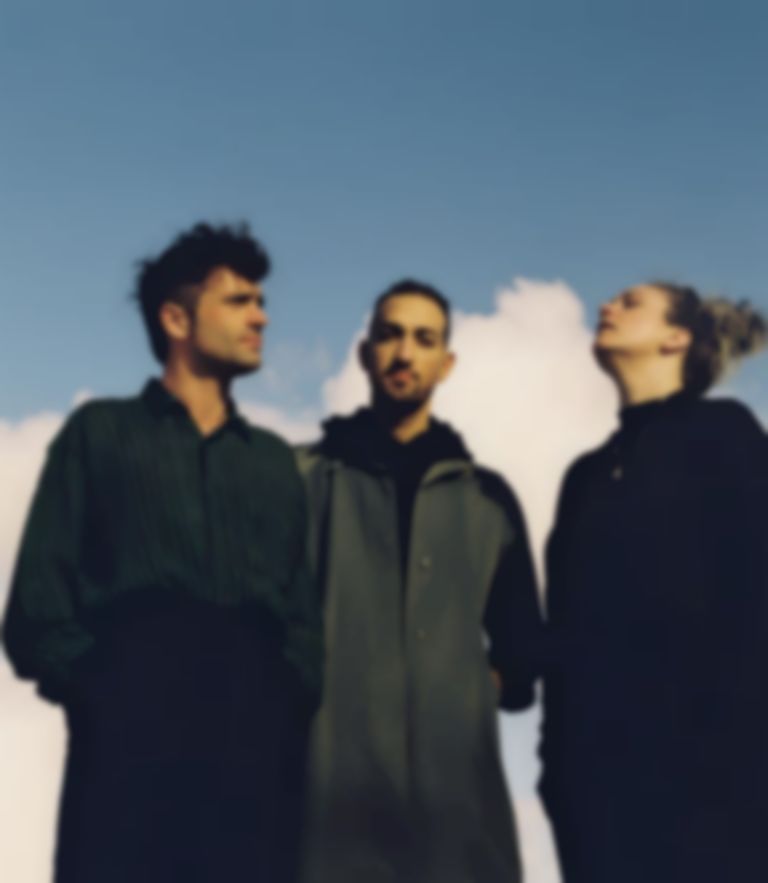 All We Are have announced new record Sunny Hills and shared second single "Human".

New track "Human" follows last month's searing, slow-building electro opus "Burn It All Out" - deviating wildly from that line, "Human" sees All We Are veer into post-punk and krauty rhythms. Eoin Glaister directs the vid, which stars writer/comedian Thomas Gray (you may recognise him if you follow any LAD-based #content churners, although he's done loads of other stuff) as a devious developer.

Although a political LP, Sunny Hills is designed to offer hope and moments of pure joy. The trio explain how the art mirrors these ideas: "it shows an old house sandwiched between two large buildings under development. The woman who owned the house refused to sell to a number of developers including Donald Trump. She resisted for years while the developers even bought the space above the house. She finally won the case and stayed there for a further decade until her death. Before that, she watched Donald Trump’s casino fail and close its doors. There is a feeling of powerful resistance in this story that we relate to along with a real sense of defiance and eventual victory against a bigger power."

All We Are have a bunch of live shows planned for the coming months, including festival slots at Dot To Dot, Latitude, and End Of The Road - find out more.

Sunny Hills is out 9 June via Double Six/Domino.