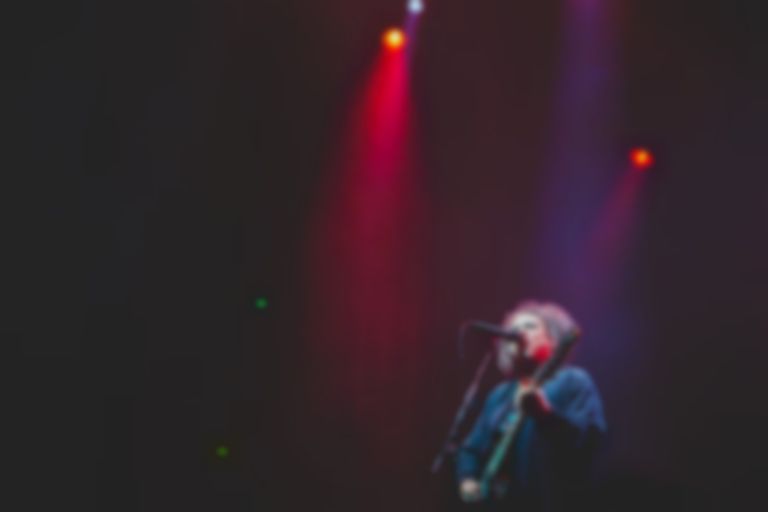 More than 1000 artists, including The Cure, Radiohead and Dua Lipa, have backed the #LetTheMusicPlay campaign, which demands immediate attention to save the live music industry following COVID-19.

The Cure, Radiohead, Dua Lipa, Nick Cave, Liam Gallagher, Foals, Rita Ora, Dizzee Rascal, Primal Scream, PJ Harvey, Paul McCartney, and Coldplay are among the 1500 acts that have signed an open letter to the government as part of the #LetTheMusicPlay campaign.

The #LetTheMusicPlay open letter is addressed to Secretary of State for Digital, Culture, Media and Sport Oliver Dowden, and urges him to take immediate action to support the live music sector. The letter reiterates the importance of live music to the economy, "As important as it is, our national and regional contribution isn’t purely cultural. Our economic impact is also significant, with live music adding £4.5billion to the British economy and supporting 210,000 jobs across the country in 2019."

"This sector doesn’t want to ask for government help," the letter adds. "The promoters, festival organisers, and other employers want to be self-sufficient, as they were before lockdown. But, until these businesses can operate again, which is likely to be 2021 at the earliest, government support will be crucial to prevent mass insolvencies, and the end of this great world-leading industry. Government has addressed two important British pastimes - football and pubs – and it’s now crucial that it focuses on a third, live music. For the good of the economy, the careers of emerging British artists, and the UK’s global music standing, we must ensure that a live music industry remains when the pandemic has finally passed."

It follows on from last month's letter from Music Venue Trust, which was signed by over 500 UK music venues and called on the government to provide them with emergency funding of £50million that would allow venues to "hibernate" until October due to the coronavirus pandemic.

Following the letter being published, festivals and artists have been sharing their favourite memories from gigs and tours while urging others to support the #LetTheMusicPlay campaign.

Imagine the music industry in the UK being wiped out. No shows, no festivals, no venues. Call on the government for urgent action #LetTheMusicPlay pic.twitter.com/HxTc04fllD

Here's Bryan Ferry on stage here on 13 March 2020 - our last gig before the world changed.

Mr Ferry was following in the footsteps of thousands of artists to have walked these boards before.

We want these times again (and again, and again). Action is needed.

Due to coronavirus, the live industry is on the verge of collapse, with people losing their jobs and festivals and venues being at risk of closing. It’s time for the government to step up and save the industry #LetTheMusicPlay

The UK Government MUST financially support the live music sector, from venues to production staff to artist, to keep it alive whilst it's impossible for it to carry on as before. Your night out is someone else's living. Don't kill it @OliverDowden #LetTheMusicPlay pic.twitter.com/YVtPk6EkR6

Today, we are joining with promoters, artists, festival goers and music lovers to call on the UK government to offer support to the live industry, which is frankly on its knees and faces being wiped out. #LetTheMusicPlay