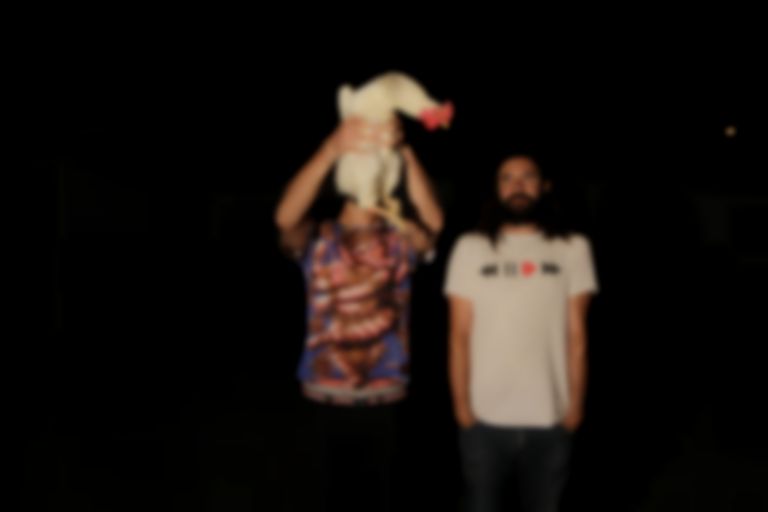 "Attention" is almost Youthless' fight song. After an unintentional hiatus following a debilitating accident that one half of the duo, Alex Klimovitsy, faced in 2011, the band's upcoming outlets were put on hold.

However, reinvigorated after years of absence, New Yorker Klimovitsy rejoined forces with London bandmate Sebastiano Ferrant and work soon began on a debut LP. The first taster of the rebirth of Youthless was showcased on the raucous, psychedelic rock-influenced "Golden Spoon" in September, and "Attention" is further insight into what the pair is capable of.

With an infectious, barbed bass line and urgent vocals, "Attention" is an inviting and exhilarating glimpse into the band's rebirth.

Klimovitsky says that "Attention" is "an obsession with the past and the future, and plays on our sense of tension, anxiety and anticipation as we speculate over what’s down the line."

The slight sense of mayhem that seems to constantly surround Youthless is what makes their musical output so enticing, and "Attention" marks their timely return perfectly.

Partly a call to the duo's past, and a hurtling, questioning, open-ended love letter to what the future may hold, "Attention" is a blazing, brazen exercise in re-finding your feet, and enjoying every moment of it.

Now residing in Lison, Portugal where they write and surf, Youthless are set to release their anticipated debut This Glorious Age in early 2016. "Attention" is released on 27 November via CLUB.THE.MAMMOTH and Kartel Records.