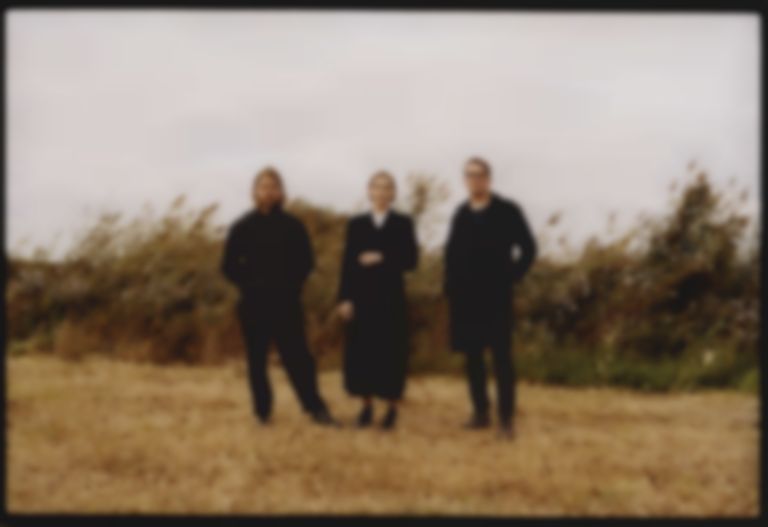 Photo by Jack Johnstone
Song Of The Day

The Kendal band's sophomore album hasn't followed a conventional path to its liberation. Ephyra was almost completed back in 2016, but amidst rising tensions and worsening mental health within the band, Woman’s Hour separated before the record could be wrapped up.

After leaving their label and spending a year apart, the band were united by a collective impulse to come together and finish what they started. “Don't Speak” is an intimate and candid expression of the clashing grief-stricken mental states that Woman's Hour experienced during the writing of the album. It's a distinct departure from their past releases, the track replacing guitars with lilting synth loops ebbing under Fiona Burgess' haunting vocals. “Don't Speak” is accompanied by a stunning video directed by Burgess, which complements the album's honest exploration of their emotional conflicts.

Time will tell whether the new album is a post-mortem act of closure for the band, or it's a resurrection of an ultimately shape-shifted Woman's Hour. Fiona Burgess describes it as “a kind of rebirthing. An opportunity to reflect on what happened and embrace what we achieved.”

“So here we are: a broken home,” say the band. “Proud of what we have crafted together and accepting of our past. Tomorrow is another day. Ephyra is our eulogy.”

Ephyra will be released on 15 February via Practise Music digitally and as a limited 500 copy run on vinyl, and is available to pre-order here.