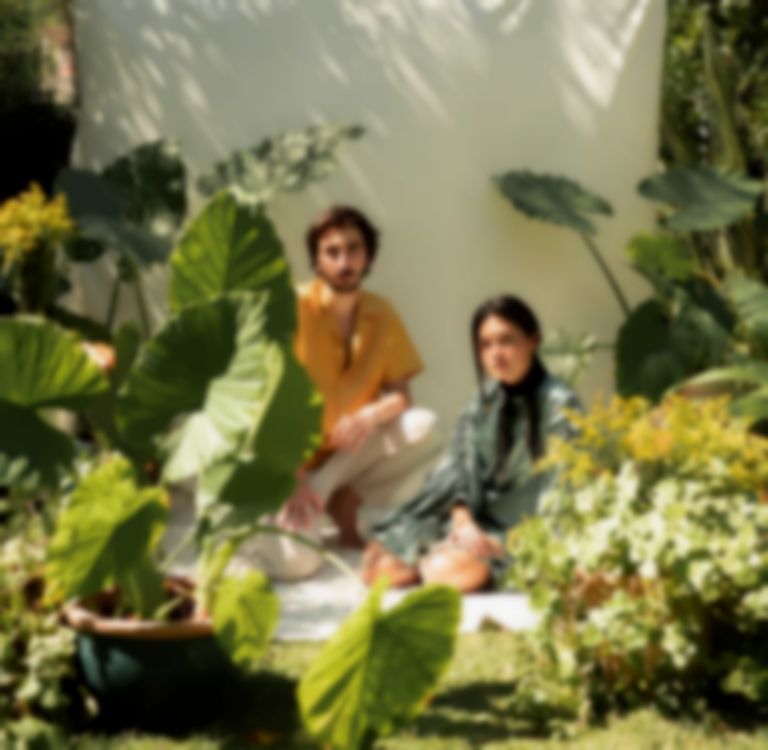 Intricate melodies and sensitively-laid synths resonate throughout Uma’s new track "Bring Me the Mountain", a collaboration with Lucy Lu.

Uma and Lucy Lu's collab lays bare their own perceptions of self and the true nature of their relationship. “The track is about being seen when you are in pain and vulnerable," says Uma, "it’s about the people who help you out of that and the people who stand by and watch.”

Having collaborated previously with Nilüfer Yanya and Matilda Mann amongst others, Lucy Lu (Luke Bower) expands on the pair's partnership, explaining how teaming up with Uma on such a track was such an organic thing to do, “Uma brings a sense of clarity to the writing process along with a playfulness. Because of the relationship we have, I can talk about subjects I wouldn’t feel comfortable sharing with anyone else. Working together, the music develops in a natural yet unpredictable way.”

Based in Catalonia, Uma set about establishing her own music residency in the countryside outside of Barcelona, which she named Can Obert. In this environment she and over twenty five other artists, including Nilüfer Yanya, Max Pope and Alice Bloomfield, experiment with making music together.

The same spirit of collaboration shines through on "Bring Me the Mountain", with the result of their collective outpouring being a track that goes against the grain of a lot what Uma has put out before. While typically elegant, the instrumentation is a subtle mix of electronic and acoustic, giving evidence to the fact that, while classically trained, Uma isn't afraid to push herself to new limits.

"Bring Me the Mountain" is out today via Slow Dance Recordings. Find Uma on Instagram and Lucy Lu on Instagram.