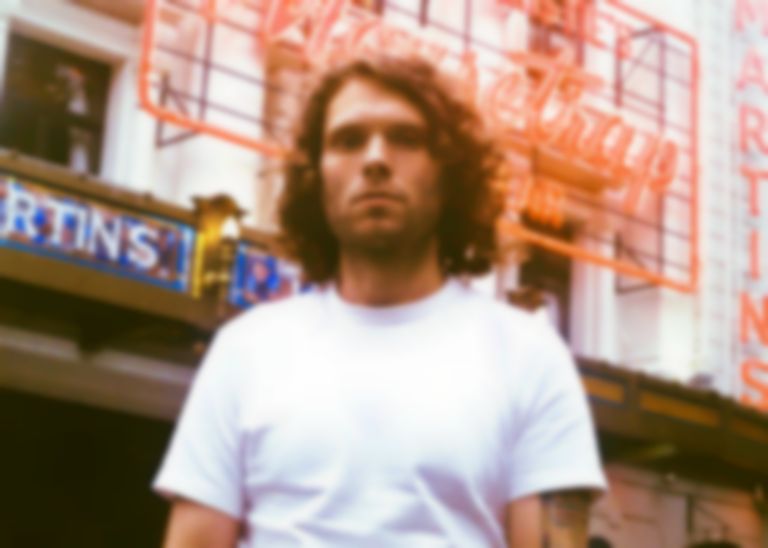 Photo by Jamie Noise
Song Of The Day

Teaming up with singer-songwriter Poppy Ajudha for his debut single, “Love You” sees Tom Ford home down a euphoric electro sound.

Associated with the artistry of jazz, Tom Ford has made a name for himself as a funk-loving singer-songwriter from Birmingham. A multi-instrumentalist who has previously worked behind the scenes with artists including Col3trane and Reuben James, Ford met with Poppy Ajudha to together write her single “Weakness”.

He notes that she “got who I was really early on”, and the duo has since evolved their friendship to an undefined series of collaborative projects. Originally sketching “Love You” with co-producer Karma Kid, Ford added Ajudha’s distinguishable vocals to fill the gap of a missing verse. “She knows me so well that it was really easy. It was just like hanging out with my friends and making something cool happen,” Ford comments.

Effortlessly exploring the four stages of vulnerability, “Love You” is a kaleidoscopic single mimicking what it feels like to enter a new space with a loved one. The track questions boundaries and thought-provoking interrogations that we often ask, including sentiments of reciprocated love.

From its heavy synth-driven flow to the pulsating bass wobbles, “Love You,” musically rides a handful of atmospheric waves. Complimented by a psychedelic music video - created by Birmingham-based Chinese visual artist, Shiyi Li - where liquid shapes intertwine into each other, Tom Ford and Poppy Ajudha can be seen in an otherworldly plane of existence, surrounded by cartoon dogs in human skin suits, poker games, and hallucinatory visions.

“I really liked this idea that anyone who has been in a relationship goes through a phase where you don't know if the other person is into you as much as you're into them, and they're usually on the same page as you,” shares Ford of the tracks meaning. “It's that game of chicken. Who's the one to explicitly come out and say it and just go for it? There's always a vague grey area of who's gonna go first?”

Speaking further on the visuals, Ford continues “Originally, we were going to green screen me and Poppy in front and have the animation in the back, but my friend Dave said he would write us a new computer software to put us in the animation. I think the animation suits the track really well. It’s got quite a Flying Lotus theme.”

Between its introspective lyricism to its abstract videography, “Love You” has you daydreaming into a world of your own.

“Love You” is out now. Find Tom Ford on Instagram.