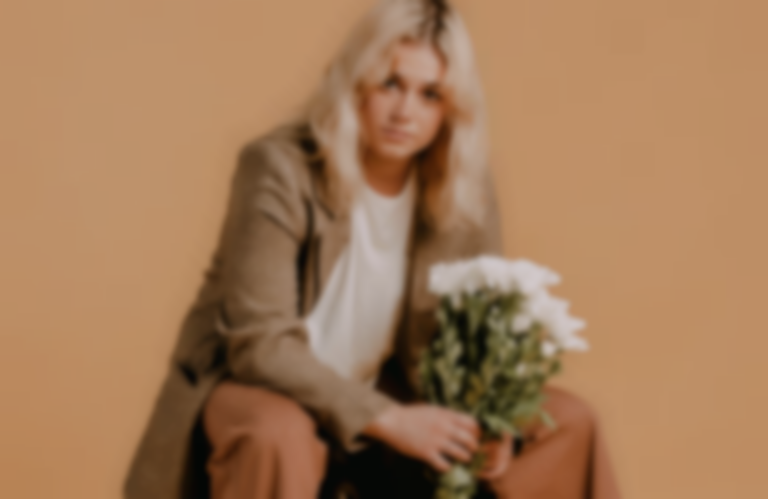 Armed with just a piano and a touch of guitar, Ruby Fields gears up for the release of her debut album, Been Doin’ It For A Bit, with “Bottle’o” – a track that perfectly encapsulates her knack for pulling heartstrings.

Australian singer-songwriter Ruby Fields has been around for a hot minute. Rising to fame with previous EPs Your Dad’s Opinion For Dinner and Permanent Hermit, she’s spent the last few years cementing her reputation for kitchen-sink poetry and infectious melodies with a hearty helping of emotion.

Now, she is set to introspect on identity, mental health, alcohol and drug abuse, and relationships across the aptly titled album Been Doin’ It For A Bit. A gifted storyteller, Fields’ effortlessly intimate songwriting has seen her hailed as Australia’s answer to Phoebe Bridgers, and “Bottle’o” is a worthy continuation of this praise.

Deceptively simple with Fields’ comforting vocal leading atop a gleaming piano, she pulls back from her more raucous moments in favour of something melancholy, despite “Bottle’o”’s breezy sound. “I’m a little bit sunburnt, a little bit sad”, Fields murmurs in the midst of a lyrical personal crisis, before the track’s high point. Though it’s a subtle moment, it pinpoints a fragility within the context of the inspiration behind her songwriting.

It’s not a complicated story, but Fields tells it gorgeously in the song, stripped-back to pure feeling. “I wrote ‘Bottle’o’ in August 2019 living on the old farm waiting for someone to visit, who never made it,” Fields shares.

“Went to the shops, tried to get money out and couldn’t. I didn’t have my ID so I had to use cash and my passport to buy beers. Got home and wrote a pretty ordinary poem about it in my opinion but then I sat at a piano and just took it from there and now it might be my favourite.”

With an allegiance of stories that listeners can find themselves in – the same being true of previous singles “R.E.G.O”, “Song About A Boy”, and “Pretty Grim” – Fields continually packs an emotional punch. Positioned as the album’s closing track, “Bottle’o” lends insight to the upcoming intense but likely cathartic listen.

Speaking further on her upcoming album, Fields continues, “Since I was 17 I’ve been doing the Ruby Fields thing, but I gave myself a break last year to finally come to terms with who I am as a person. Making mistakes is part of life, but in 2020 my self-worth wasn’t validated by who I was on stage. So, I’ve been working on being a better friend, partner, bandmate; just a better person.”

“Bottle’o” is out now, with the upcoming debut album Been Doin’ It For A Bit set for release on 24 September. Find Ruby Fields on Instagram.