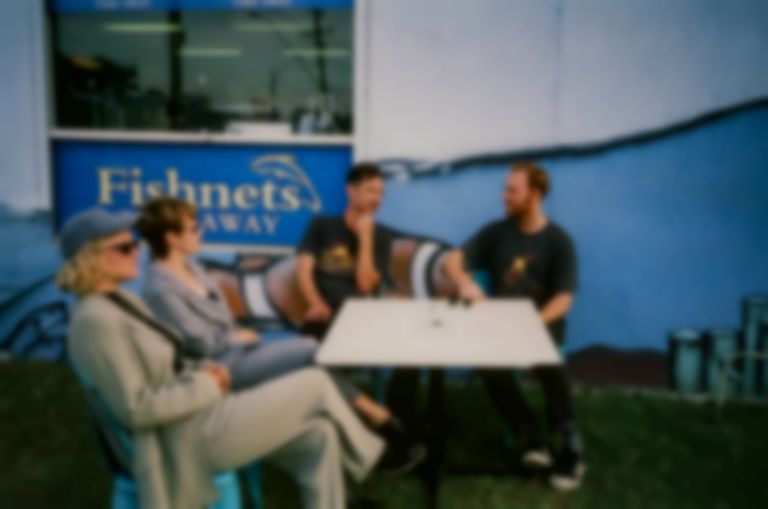 Photo by Zafiro
Song Of The Day

“Pull The Lever” is the first glimpse of FatCat Records-signed Aussie four-piece Loose Fit, and it's one of intense promise.

Taken from their forthcoming self-titled EP, Loose Fit's debut single “Pull The Lever” makes a fierce statement with a melancholy charm. With a looping bass motif and whirring guitars, lead singer Anna Langdon’s austere vocals comment on the darker side of dating apps, having a similar psychological effect to the endorphin buzz of gambling. “Try your luck again / Colours spinning / Wind them up again,” she sings, displaying anguish encased within a focused sound.

"Apps on our phones are designed like slot machines,” says Langdon. “It's addictive and exciting to play dating apps. Refreshing or swiping is like pulling the lever of a slot machine to see what you got. That design is no accident in an attention economy."

The track's staunch rhythm is layered with an infectious groove that truly shows off the band’s creative flair. "We were trying to toe the line between moodiness and danceability," explain the band. "We wanted the rhythm section to match the tense moodiness of the verses, but when the chorus kicks in it is pure danceable relief."

"'Pull The Lever' was probably the first song we wrote where we felt we had kinda cracked open the 'Loose Fit sound' and found out what it was,” say the band. “It was an exciting moment early on and I think it still remains a favourite for us in our live set."

“Pull The Lever” is out today via FatCat Records and their self-titled debut EP is due out 3 April, pre-order it here. Find Loose Fit on Instagram.