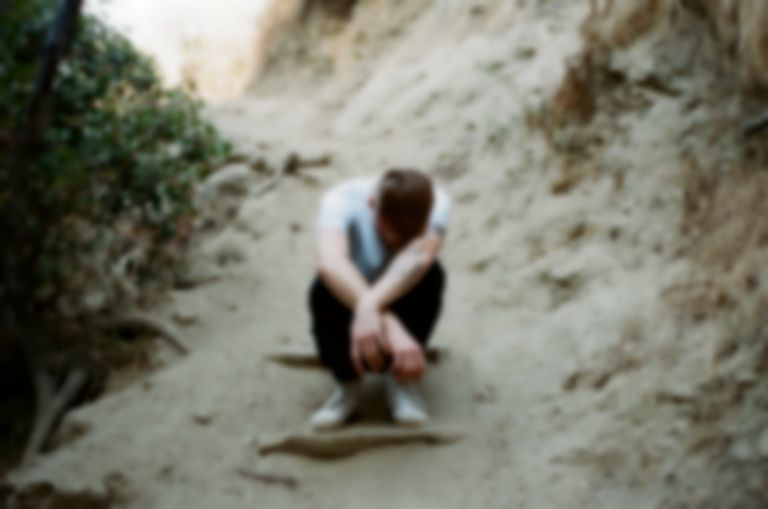 "I really wasn't super interested in making 'pop' music at all", admits King Henry, who can boast producing and writing for the likes of Beyoncé and Justin Bieber.

After racking up a career's worth of superstar credits in only a few years, the L.A. by way of New Mexico producer - whose recent work includes helping craft Major Lazer and Bieber's "Cold Water" - could have gone the Max Martin route becoming a kingmaker purely behind the boards.

Instead he's struck out on a solo mission, signing with Black Butter Records and releasing "Gold Dust", a preview for his upcoming EP Don't Stay Away.

Despite the tremendous pressure that comes with a debut single, the track feels confident and focused. Henry doesn't need to brandish his superstar connections to deserve your attention; "Gold Dust" is every bit as impressive as the hits he's helped bring to light.

Henry took some time to chat with Best Fit about his whirlwind year, the opportunities that got him to this point, and the thrill of meeting Sting.

What have you brought back from writing/producing for huge stars like Justin Bieber and Beyoncé that you’ve been able to apply to your own solo music?

I think working in the more pop side of music over the past couple years really made me want to sculpt more mini-pop songs for myself. In college and just after I when I started making computer based music, I was mainly making hip-hop beats and sampling weird world music records I would find at Goodwill and steal from my mom's collection back home...I went through a stage right after college where I was obsessed with Air, Royksopp, BMSR/Tobacco, Philip Glass, and Wendy Carlos. I really wasn't super interested in making "pop" music at all. I think a few years later after I was able to explore a bit more of the weird side of music I developed this interest in tackling more mainstream music styles.

How did the Bieber/Major Lazer opportunity come about and what was that experience like?

I've been working with Diplo for about three years now so [it] kind of was part of a natural progression. It started out almost as an apprenticeship where I was helping with more production stuff and organising files for him, and then slowly became more of a collaborative music making process. It's been a really amazing opportunity to work with him and I've learned so much more about pop music and other styles then I ever could have through my four years at a classical music conservatory. He's a guy who's been in the game for a while now and has been able to teach me so much that has really helped me grow as a producer.

What’s been the must surreal moment of the last year or so?

Damn. Had a lot of those moments to be honest. But probably ending up in a studio session with Sting... I grew up listening to The Police because my mom was a huge fan, so when I ended up in a session with him it definitely felt surreal. I sent my mom a picture of us and she lost it. She said she had to pull her car over off the road because she was in disbelief. He was the nicest guy too and really fun to work with.

Talk about the collaborative process between you and Semma on “Gold Dust”?

Semma and I met in London earlier this year while I was actually out there writing for some other projects, but my manager had managed to set me up a couple sessions on the tail end of my trip for myself. We wrote a song for her out there but kept in touch and she wrote to some more things of mine later. "Gold Dust" was one of the instrumentals I had sent her and she sent back the song and I was blown away. I quickly had her record it in London so I could add it to my EP. She's actually here in L.A. now and we're working on some more stuff for her project. She's incredibly talented as a writer/singer and I'm glad I'm getting the chance to be a part of her career this early on.

What do you feel “Gold Dust” conveys to fans who are unfamiliar with King Henry?

I think it's a good introduction to the type of music I enjoy making and the overall vibe my music carries. I'm sure my sound will continue to morph as I grow as a producer but "Gold Dust" is really representative of where I am right now musically. I think it's actually a really deep song that can take a listener into cool places if it's listened to in the right circumstances.

Don’t Stay Away EP is released later this year