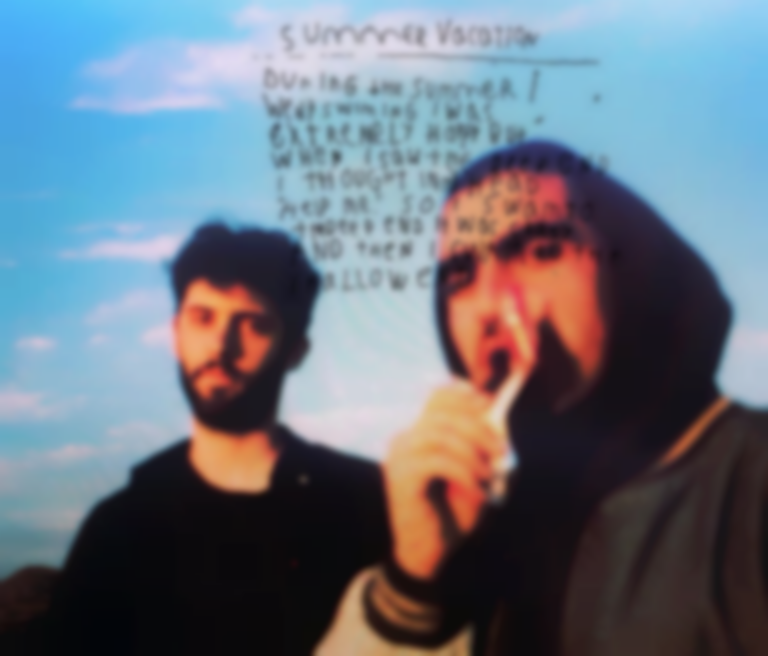 Greg and Zach started teasing their new project back in 2019, with a slogan about having an "alive and extremely healthy" year... Two years later and they've finally released a single.

The mysterious duo have been building buzz among the LA artist community, industry tastemakers and their social media pages since they started posting to their Instagram account. Between their highly aestheticised feed and meticulously curated visuals, the pair have recently teased short videos offering an insight into their sound, but nobody would've guessed that their first fully-formed track would take this long to appear.

"Cold Blood" is the perfect clash of alternative and hip hop with plenty of lo-fi fuzz, it's equal parts arresting and endearing making a fitting introduction for fans who feel they've had an access-all-areas pass to watch the band develop. When announcing the release of "Cold Blood", the band nodded to wait themselves, thanking people for sticking around.

The brainchild of Greg Aram, who previously released solo material under his own name, and fellow songwriter Zach Michel, the pair wanted to build up the brand around the project injecting a personal touch before officially sharing what they'd been up to. Discussing this, and their raucous live shows in an interview with Pigeons & Planes, back in December 2019, they also shared plans their plans to throw parties in Japan too.

While one layer of mystery may have lifted with this release, the Junior Varsity boys are already planting easter eggs and clues for whatever's next. In the process, they've seemingly signed to Warner Records with "Cold Blood" being co-produced by London-based artists Hoskins (PARTYNEXTDOOR, Jean Dawson) and duo The 23rd (Grace Carter, Astrid S).

More music is surely on its way, this video shows there are at least 10 tracks (including "Cold Blood") have been ready to go for over a year. Here's hoping we're not waiting another 500,000 days.