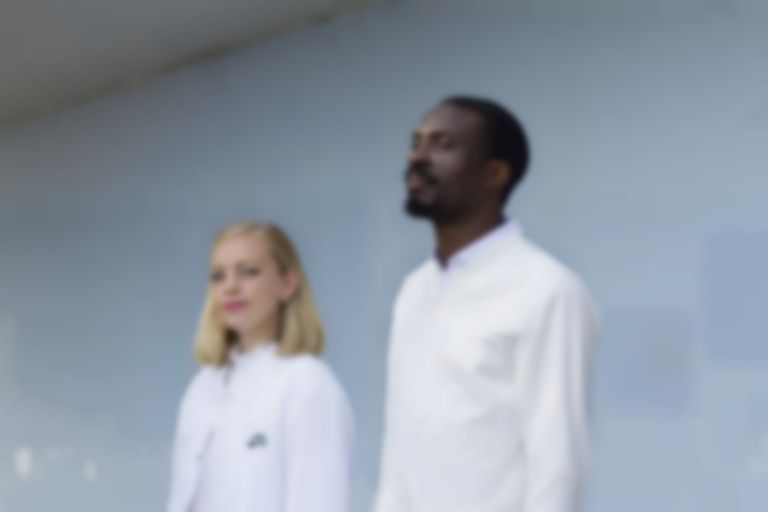 "London can be a mad place, sometimes, and it's easy to feel stuck but you've got to keep positive through the grind. Creasing over your own pratfalls helps with the stress sometimes, at least for me," says Hugh's Joshua Idehen.

The co-vocalist explains that Hugh's latest slice of R&B-laden electro-pop takes inspiration from his early days in the band - once riddled with exhausting 12-hour bar shifts.

"Nerves would be shot at the end and arguments with each other/customers were common place," Idehen says.

"We had to cheer ourselves up, a common saying would be 'No long face, you'll laugh about it later.'"

The London quartet - completed by co-vocalist Izzy Brooks, guitarist Tino Kolarides and producer Andy Highmore - has long kept our attention since sensual cut "I Can’t Figure You Out" dropped in July 2014.

Opening with an atmospheric synth arpeggio, "Look Back In Laughter" soon evolves into a full on trip-hop experience, featuring lyrics inspired by those times past: "I really know how it feels to be stressed / it all blows up in your face", Idehen and Brooks bounce off each other.

Idehen adds: "when Andy shared the beat with us [for the new song] the words 'Look Back In Laughter' came out. Then Izzy built the chorus and we went from there."

Brooks says: "From day dot Joshua and I seemed to kinda weave ourselves into each other's stories quite naturally.

"I think the connection between us and our ability to vibe off each other whether on stage or in the studio will always be strong."