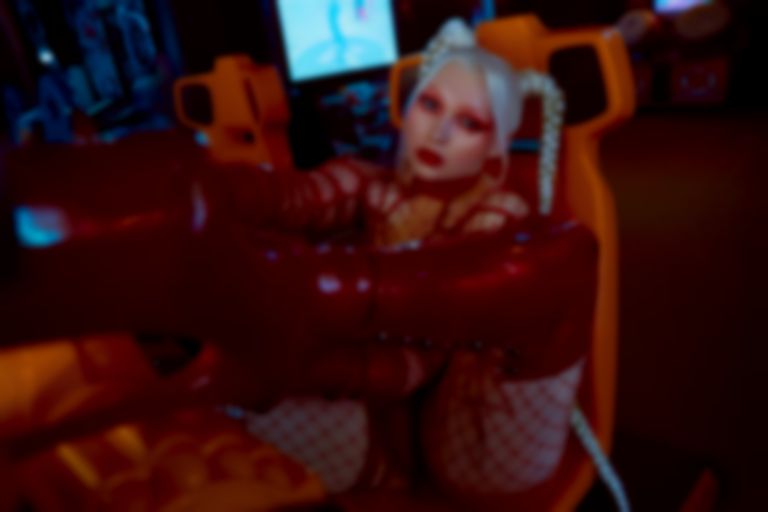 Photo by Ninja Hanna
Song Of The Day

Stemming from the underground Stockholm club circuit, COBRAH has made waves since debuting with 2018 single “IDFKA” and subsequent EP ICON. Her distinct blend of gothic filtered erotica and politically inspired lyricism are traits that have secured abundant radio airplay and touring stints with high-profile contemporaries such as Charli XCX.

Co-written with producer Gusten Dahlqvist, “DIP N DRIP” sees the Gothenburg-raised artist accelerate through an unrelenting, techno-propelled cyber-storm of hyperdrive-primed beats; an underpass of ever so slightly menacing scale that seizes control from its initial surging seconds.

As producer, visual artist, vocalist and songwriter, COBRAH continues to apply her multi-talented experimentalist edge when exploring themes such as sexual identity and self-dedication, inner truths that reverberate through a futurist veneer. Following the fetishist touch of previous release “DEBUT”, this latest cut figurs as a watershed moment for COBRAH, prompting a personal epiphany in adopting alternative creative methods.

"DIP N DRIP was one of the first songs me and Gusten wrote making the EP,” COBRAH comments. “Writing it felt like a big risk because it was a type of beat that I'd never tried before. It marked a new era in the sense of discovering more COBRAH sounds and my personal transformation from being a young artist trying to make it in music to the much more self-assured and the hard-working artist I am today.”