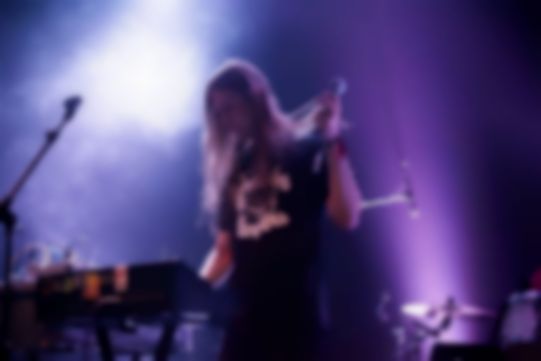 We’ve been suitably wow-ed every time we’ve caught Jaakko Eino Kalevi live. And not just by his almost unbelievable height or the Grubbs burger emporium t-shirt he was spotted sporting at his Brighton Great Escape show - but the depth and precision that goes into the production of his sonic palette. Synths are controlled with a masterful touch, revelling in a rich, exquisitely fine-tuned warmth, whilst the otherworldly presence of Jaakko himself stalks the stage, murmuring, gasping and crooning over his hypnotic, kraut-like creations.

Ahead of his Saturday show on Best Fit’s stage at next weekend’s Field Day festival, the man himself has made us a mixtape celebrating his favourite sounds. From co-vocalist of the Mac Lindsey Buckingham, to an obscure cut from Soviet new-wavers НИИ Косметики, it’s a wonderfully eclectic collection that gives an insight into the musical mind of Kalevi.