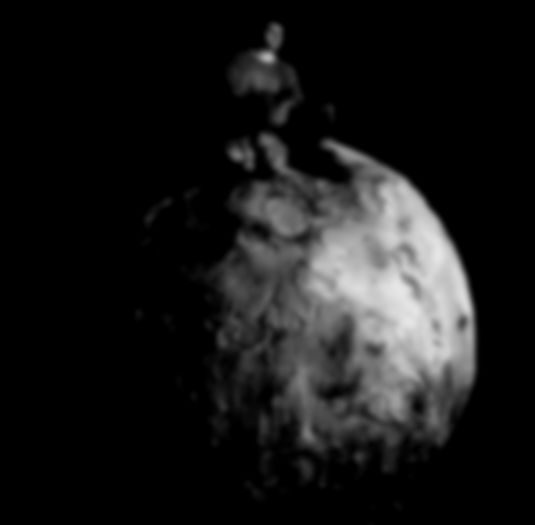 Night Angles – the space disco project of 28 year-old Londoner Tim Eve – is set to launch into the public consciousness with the release of a 12″ on Force Majeure in May. TLOBF caught up with Eve, who has previously worked under the monikers T-Tips and Gegenschein, to find out how he’s channeling Kraftwerk and Bladerunner-inspired sounds to send his own cosmic recordings into orbit.

Hi Tim. Tell me a bit about the Night Angles project.

Night Angles started a few years ago. I had made music under a few different names before , which had been heading in this direction. I’ve never really been attached to one specific genre, so I wanted to do something that I could make work based on all the different influences I’ve had. At the moment, I’m working on the live side of things with a friend of mine, Laurence, who is playing bass and keyboards so we’ll be debuting that very soon.

The phrase ‘space disco’ came to mind when I listened to your record. Are there any cosmic influences? Which artists have been particularly important for you?

Space and disco are definitely two big influences! Bowie has always been a massive inspiration sonically – epic, emotional songwriting and really interesting melodies. There are loads of others too, such as Kraftwerk, especially when they were doing the things they were. And Vangelis – for the Bladerunner soundtrack, of course, but he also made these weird pop(ish) songs in the early 80s, which are amazing. The music of Talking Heads and the way that David Byrne has worked and continues to work, I find very inspiring.

Do you have any plans for live shows ahead of the release of the 12″?

We are having a release party in Stockholm towards the end of May, which is exciting, and then playing at White Heat at Madame JoJo’s on 24 May with D/R/U/G/S and Beat Connection. There are also a couple of others that are unconfirmed before then. And I’m going to be playing a few records at the Land of Kings festival in Dalston on 28 April.

How is your relationship with Force Majeure?

I really like the attitude of the label. They’re really open to new stuff and new ideas and their other releases have been great so far. It’s also good as they’re in based in Sweden so we get to go and have a party there!

I understand you are a photographer when you’re not making music. Do you think this has an impact on your work?

I definitely find parallels between image making and music making, and tend to approach things in quite a visual way. I’ll quite often imagine a scene and then make sounds to go with that. There is also a big similarity in terms of condensing all of your ideas into one thing. In photography it might be a single image, in music, a song.

What’s next for Night Angles? Any other musical projects in the pipeline?

I’m currently working on new material for the next record, and focusing on getting the live show ready. I’m also working on a couple of remixes which will hopefully get an airing soon. I’ve been working on some collaborations with a video artist friend of mine which is really interesting to me, it’s quite a different challenge.

Night Angles is out on Force Majeure on 16 May.