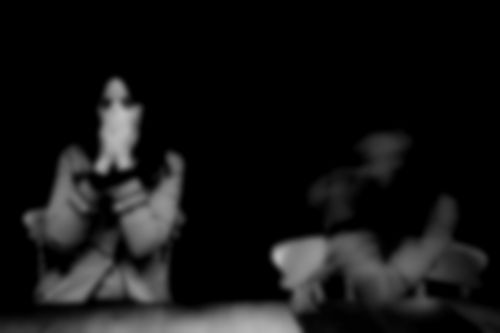 The legendary comedian Spike Milligan has one of the most famous engravings on his tombstone. It reads ‘I Told You I Was Ill’. If Milligan required death to prove a point, Sweden’s I Break Horses have used their rampant hypochondria to create something that illuminates the living – their beautiful debut album Hearts.

When we spoke to the band, which comprises of Maria Lindén and her musical partner Fredrik Balck, we were amazed to discover both the astoundingly bizarre way in which the pair met (you’ll have to read on to find out) and just how deeply embedded their mutual hypochondria is in the music of I Break Horses.

But, out of fear and paranoia comes a luscious grandeur. Hearts takes the swooning guitars of the early 90s shoegaze scene, and elevates them to a divine status via Lindén’s black-angel vocal and the ‘lub-dup’ heartbeat of Balck’s drum patterns. The track ‘Cancer’ is vivid and stark, while the shimmering ‘Load Your Eyes’ sounds like a magical mash-up of Ride, Cocteau Twins and Massive Attack.

I Break Horses have recently signed to indie heavyweights Bella Union and will release Hearts in August. For a pair of hypochondriacs, they have made an album that will cleanse the mind and heal the soul.

I’ll start with the worst question ever. Why are you called I Break Horses? As animals go, they seem pretty tough. Wouldn’t something like a gazelle be easier to break?

Maria: The inevitable band name question. I guess it’s a bit of a necessary evil with having to have a band name. No matter what you pick people will always have their own associations with it, so I decided I wanted something that did not sound too pretentious. The name is a Smog track title from the album Accumulation: None.

Inane question number two – how did you meet each other?

Maria: We met through this online forum where you ask a doctor about symptoms for different diseases.

Really? Are you joking with me?

What was your initial vision for I Break Horses? What did you want to add to the world of music?

Maria: My original vision with the music has not changed since I started really. I’ve always regarded my music as some kind of an attempt to express a certain feeling. It can be something beautiful, or sad, or anything I feel basically. There is nothing missing from the music world really, is sort of a very modest contribution to all the fantastic music already out there.

When I listen to Hearts, it reminds me of the sound made by certain bands, such as Ride and Slowdive, but with a richer, textured feel akin to early Massive Attack. What did you listen to when you were younger?

Maria: Well, different stuff I guess. I grew up with classical music and then as a teenager I was pretty hooked on the 80s sound, which you probably hear traces of on the album. I got my inspiration for this album from films just as much as from other music though.

Fredrik: I guess I was very adaptable to the dream pop and drone guitars that invaded Sweden during the 90s. When I heard Maria’s music the first time it was instant love.

I can’t help noticing that a number of the songs on the album are about the heart – ‘Pulse’, and the title track, immediately spring to mind. What is about that particular organ which has inspired these songs?

Maria: I have always had a phobia for my own pulse. This must sound terribly weird but I can’t stand the beat from my own heart at times. It’s annoying, but it’s been a good source for inspiration to me when I created some of the songs.

Wow. Sometimes listening to your own heartbeat can be unnerving, as it makes you realise that your life is reliant on this mortal pump continuing to work – and that one day it will stop. Is that what spooks you about your pulse?

Maria: Yes, it’s definitely a combination of that and also the fact that I can’t control it. 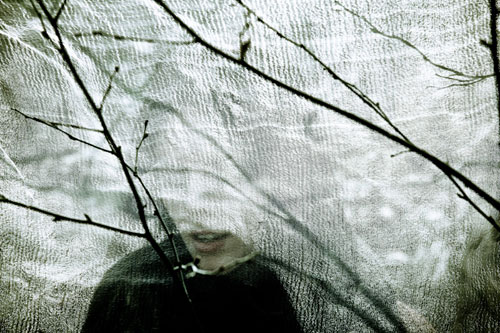 Continuing the medical theme, the track ‘Cancer’ is particularly stunning – is this another song inspired by hypochondria?

Fredrik: Regarding the lyrics to ‘Cancer’, by writing about such heavy stuff I guess you clean your thoughts a bit. So you can move on with doing more normal things. I mean face it, ‘cancer’ is an ugly word. And, it is likely what is going to strike me in one way or another, so why not try to turn it into a poem?

Maria: Being a hypochondriac, I was sure I had cancer at that time when the lyrics for ‘Cancer’ was written.

Jeepers. You really are worried about being ill. I thought you were exaggerating.

Maria: I wish I was joking but no. For example, when using public transportation I always keep a distance of at least one metre from people that appear to be ill in some way.

Well, I can happily report that I feel 100 per cent well today. I believe that Fredrik writes the lyrics, and Maria creates the music. Which comes first?

Maria: Music comes first, then I record the vocal melodies with some humming – non-existent words. Then Fredrik writes the lyrics when the mood of the song is already set. So the words have just had a natural place when they are added later on. Maybe a minor tweak here and there to get it ‘right’ but generally it’s a perfect match from the beginning.

Fredrik: I write a lot of words and I never really feel I have to adjust to a certain theme to be able to fit text into one of Maria’s songs. It’s like I’m naturally Maria’s pen, which is really nice.

The album is out in August, so what are your immediate plans?

Maria: The plan is to do some live shows and to finish the next album. The new songs I have been recording so far seem to take me to a somewhat different place than this album. But it’s too early to see where – it feels better than ever though.

Live shows? You do realise that touring is tiring and stressful – you will be exposed to strange foods and exotic germs. Surely, it is a nightmare for a couple of hypochondriacs?

Maria: Ha ha. Touring can of course be very stressful but hopefully we’ll be busy focusing on making great shows and meeting nice people and not have to think too much about long journeys and bad food.