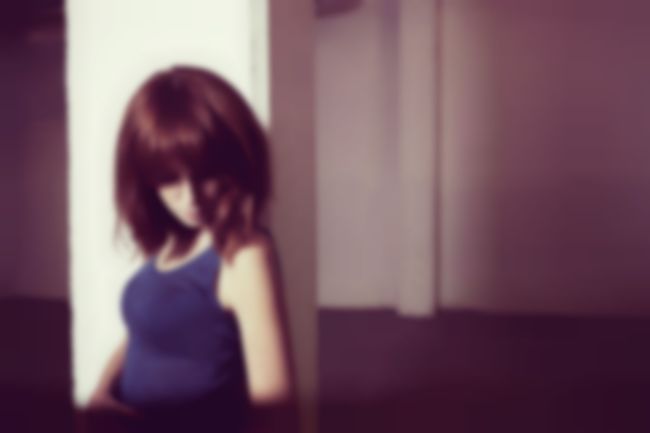 Known for her work with Laura and the Tears and Hey Laura, singer-songwriter Laura Welsh is now ready to go alone, and under her own name. With vocals that are comparable to Adele and a Rachael Yamagata-esque way of songwriting, her songs venture through the ins and outs, as well as ups and downs, of love. Her latest single, “Undiscovered”, released this week via Outsiders/Polydor, delves into a ‘take it or leave it’ approach and shows a valiant side to this artist – despite the buttery smoothness of her vocals.

Taking a year to regroup and do a bit of musical soul searching, this London-based artist is currently putting the finishing touches on her album, which she hopes to release early next year. We caught a moment to speak with Welsh and talk about her first musical moments with Mum, to the work going into her upcoming record.

It was when I was 10 years old, and my mom was a musician. So she was doing a small gig in our local town. She called me up onstage, and that was the first time I sang in public. I remember singing a Patsy Cline song. That’s how it all started really.

Since you mentioned your mother being a singer herself, what is the best advice she gave you about your own musical path?

Probably the best advice she gave me was to just trust your instincts on what you want to do and what music you want to make.

What was your first song about?

Your lyrics are seem to come from a very personal place. How do you go about your songwriting?

I always tend to write from personal experience. It’s like the way I interpret situations and things in my head and that comes out in the writing process. So on this record, in some cases, I’ll have the lyric and then run into the studio to start collaborating. We’ll sit around the piano or the guitar. Or some of the record, we take a vocal or a bit of piano and build a track around that. It’s kind of different with every song. Each song has their own course of where they come from and go. So it’s been quite interesting with the process of making this album. Some songs have been done really quick with just a vocal and piano or guitar. But on tracks like “Undiscovered”, I went into the studio, and we just sat around and the song came out of listening to a drum loop and playing on the piano. So there have been different processes in the making of this album.

“Undiscovered” was just released this week. What’s that song about?

It’s about me going through a certain situation and my personal experience. And I guess the key line in that track is “I can’t be something that I’m not.” It’s like “take me as I am or leave it”. It’s about looking underneath everything and how to figure that out, and my train of thought was on those lines. I’d say that was the key line of the song and everything else was built around that.

You collaborated with Emile Haynie, who’s worked with Kanye and Lana Del Rey, on that song. How was that experience?

That was great. He’s such a chill guy. And he came to London for a week and did a few tracks over here. Then I just went to New York a couple of months ago and went to his studio. That was really cool. So we worked on a few tracks on the album, and I also worked with Dev Hynes before Christmas last year for like a day, and “Unravel” came out of that, which released through Luv Luv Luv. And then when I went back to New York to work on my writing, and Dev and Emile were there, so I worked with them. We just got in a room together, and it was great to get everyone I worked from the start of the record in the beginning together.

I recently saw the music video for that, and it shows a lot of bodies choreographed around you. Where did the idea for the video come from?

The thing is I did the “Cold Front” video, and it was a play on shadows and represented the song at the time. It was a lot easier to do because I wouldn’t have handled what was there and what the dancers were doing. So was like a progression to “Undiscovered”, which it had an artistic feel to it and had a lot of skin. It just felt kind of intimate. I worked with the director who is based in London called Chris Sweeney, and we sat down and talked about what kind of ideas and what came out of that was the idea of bodies as landscapes and things. And I felt like that kind of emotion went into the song.

You’ve played on under a few monikers — Laura and the Tears and Hey Laura. What inspired you to just start using your own name?

I was in Laura and the Tears for quite a long time, and it was a band with four guys. And we did a lot of gigs and I did plan to perform with a band and find my feet. It came to a point where we all decided to go our separate ways. I actually took a year out, and I stepped back from everything. I wanted basically go and write on my own. I just found small group of people in London who I just went to go and work with in a house. And basically in that year, I started writing songs for myself and didn’t have expectations for them, or any opinions, or anything. So it felt like a sort of period in time where I had a lot of freedom to just build on what I wanted to do. And then in that time, I went on to write two tracks that were really key for the record. And when I wrote them, I just knew that this was the vision and the direction that I wanted to go on my own. And it was really important to have that step back to clear my head and go with my instincts and had the freedom to do it. And I got to finally define what I wanted to do.

There are a bunch of singles floating around the internet. When will we get an album?

Yes, it comes out next year, early next year. Hopefully – that’s the plan. The record is just about finished now, and I’m mixing the record. I’m just planning the next song and next single and getting into the creative sides for the video and the art and stuff.

Who are you listening to right now?

I would say I’m going through a Little Dragon phase again. I’m listening to them a lot. I was listening to the Miguel record, the latest one he’s put out. I’d say those – and Janelle Monae as well.

You’ve done a lot over the past year including support Ellie Goulding on the road and playing Oxford Gathering. What was the most memorable part of 2013 for you?

iTunes was the biggest show I’ve ever done so that’s definitely memorable. And the Roundhouse is such an incredible venue. So I think, for me, it was just amazing to play that kind of venue. That’s the gig that has stood out in my mind because I’m going into rehearsals in November with a band. I’m going to build the live show. And now that record is done, I can really get into rehearsals with the live band and figure out how I want it and how I’ll see it play out on the stage and play as many gigs I can as possible.

What is on for you for the rest of the year?

The “Undiscovered” single is out now via Outsiders/Polydor, and Welsh will support London Grammar in November.